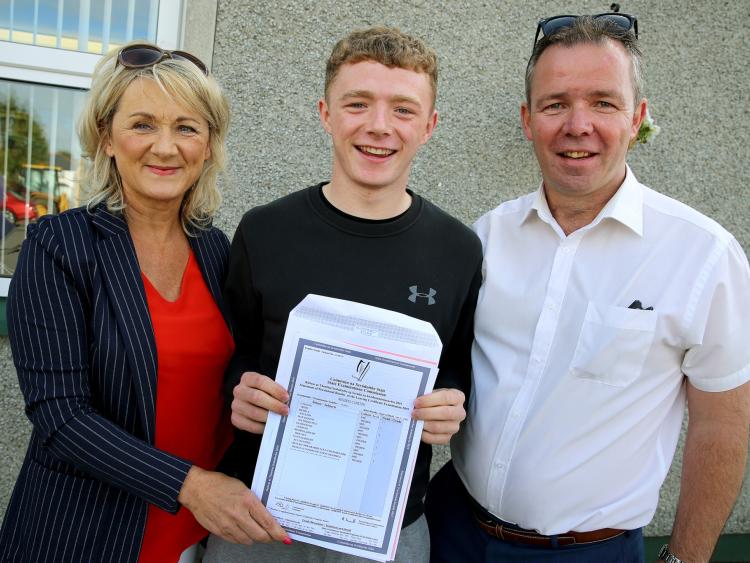 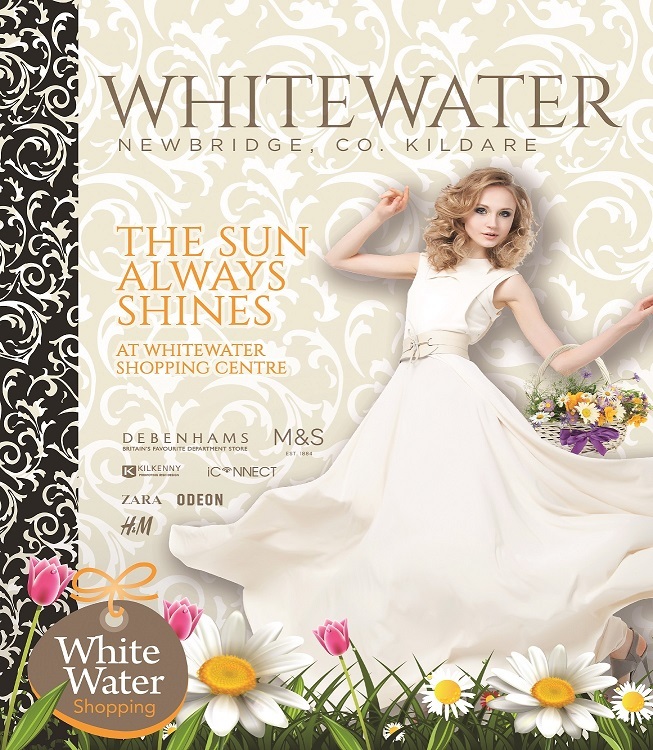 There was relief and joy all round as Newbridge students collected Leaving Cert results this morning.

Students of Holy Family secondary school eagerly waited outside of the school at 9am.

Jennifer Gough was one of the first in the doors.

"During the exams I was really stressed and I wasn't believing in myself and I feel now I've trusted myself and even though I haven't opened them yet I'm calm about it and what I get is what I get and I can't change it now."

"Maths was always a big push for me but I sat the higher level paper."

Jennifer is hoping to do biomedical science and molecular diagnostics in DIT.

Shannon Loakman of Holy Family was over the moon as she passed everything.

"I was really worried about maths and probably english because it was a bit different to last year's paper."

She is hoping to study Business in college.

"Everyone built it up too much, it was built up by the teachers and everyone around me, everyone was panicking but once you got in and started doing it, it was like anything else, it was just another test."

Kirsten is hoping to do English and Psychology in UCD.

Abbie Joyce Bowles and Alannah Cassin were clutching on to the piece of paper containing their results, waiting to open them.

"I found it a lot harder than I thought it was going to be, everyone makes it out that the mocks are a lot harder when realistically that wasn't the case whatsoever", said Alannah.

"I don't think you can rely on any past exams, you literally just have to study everything, don't rely on previous years or predictions.

"The lead-up to it you just want to get it over and done with, and then it's a bit of a relief that it's started," Alannah added.

Alannah is hoping to do primary school teaching in St Pat's while Abbie wants to do International Business in Maynooth.

"You'd be in every day until late studying, but it was worth it in the end. At the end of the day it's only an exam, they can't put down what you are on paper," he said.

Sean is hoping to do engineering in DIT.

Muiris Curtin of Patrician's said he only started to get nervous this morning but is very relieved now.

"I suppose studying and working hard throughout the year kind of paid off near the end, of course there was pressure near the time of the exams but when you kept working and planned it out and had an aim in each subject it was easier to perform.

"To be honest, it's kind of the same as any other year with exams, that's just the leaving, there's always going to be hype and pressure with it."

Muiris is now hoping to go on and do secondary school teaching in the University of Limerick.

Ellen Buckley of Newbridge College said she didn't want to open her results this morning with nerves but she's delighted now.

She now wants to study Arts in UCC.

See full coverage of the Leaving Cert results from around the county on www.leinsterleader.ie