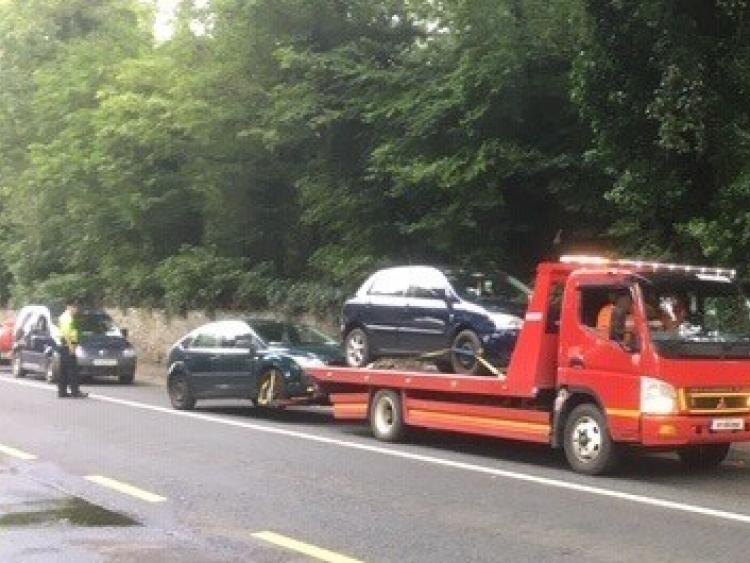 Some of the cars that were seized yesterday

The Roads Policing Unit in Naas, working in partnership with gardai from Celbridge, Leixlip, and Kilcock set up an intensive multi-agency operation on June 25.

The checkpoints were performed at Donaghcomper Celbridge, Carton Demesne Maynooth and Boycetown Kilcock.

A total of 13 offences were detected by the RSA for defects on HGVs while customs officials dipped 50 vehicles for green diesel with one detection.

Three vehicles were detained resulting in substantial fines being paid by motorists for release.

"Revenue completed numerous checks - resulting in 20 verification checks re compliance. An Garda Siochana seized nine vehicles under Section 41 Road Traffic Act for no insurance - tax - NCT. One person was arrested for drug driving," said the gardai on a post on the Kildare Garda Division Facebook page.

A total of 20 fines were also issued for various road traffic offences and a further 30 offences were detected, which will result in court proceedings.

"An Garda Siochana would like to thank the public for their patience during this operation," they said.