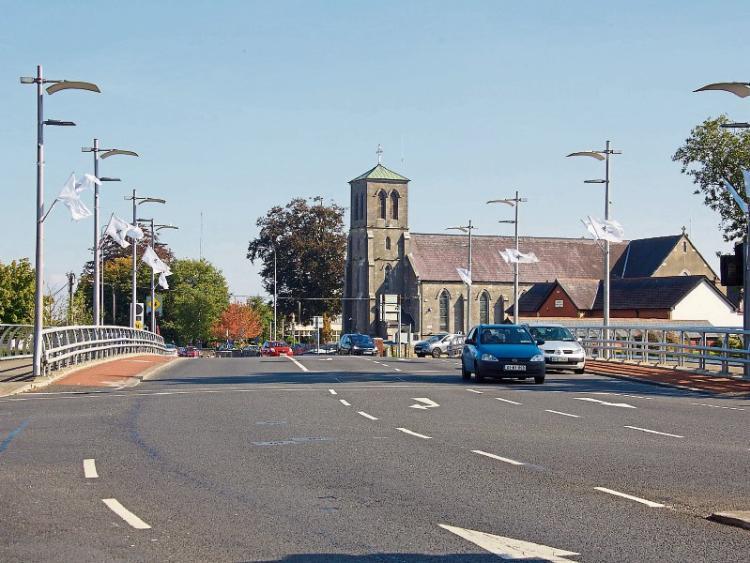 St Conleth's Church on the way into Newbridge

A call has been made to replace some of the traffic lights in Newbridge with mini roundabouts to ease traffic problems in the town.

Cllr Lynch said there is an over abundance of traffic lights in Newbridge, that are hampering the flow of traffic in the town.

He said he hopes with the new National Transport Plan it might be feasible.

Cllr Morgan McCabe said there are areas where small roundabouts work very effectively. He said there is an obsession with traffic lights, and other alternative mechanisms need to be looked at.

In response, Kildare County Council said said it does not intend on replacing traffic lights with roundabouts.

"Traffic lights provide a wide range of capacities depending on the widths of the approaches, the presence of bus lanes on approach, cycle times and turning traffic flows," a report said.

"Large roundabouts are in general not appropriate in urban areas as they require a greater land take and are difficult for pedestrians and cyclists to navigate, in particular where controlled crossings/ cycle facilities are not provided and as such vehicles have continued right of way.

"Where large roundabouts currently exist, road authorities are now encouraged as part of any major upgrade works to
replace them with signalised junctions or to retrofit then so that they are more compact and /or pedestrian and cyclist friendly as is appropriate.

"The use of smaller more compact roundabouts i.e., those with a radii of 7.5m or less may address many of the issues as highlighted above and may also be useful as a traffic calming measure. These may be considered where vehicle flows are not
sufficient to warrant full signalisation and where pedestrian and cyclist activity is more moderate such as suburbs and neighbourhoods, provided they are fitted with appropriate pedestrian crossings."