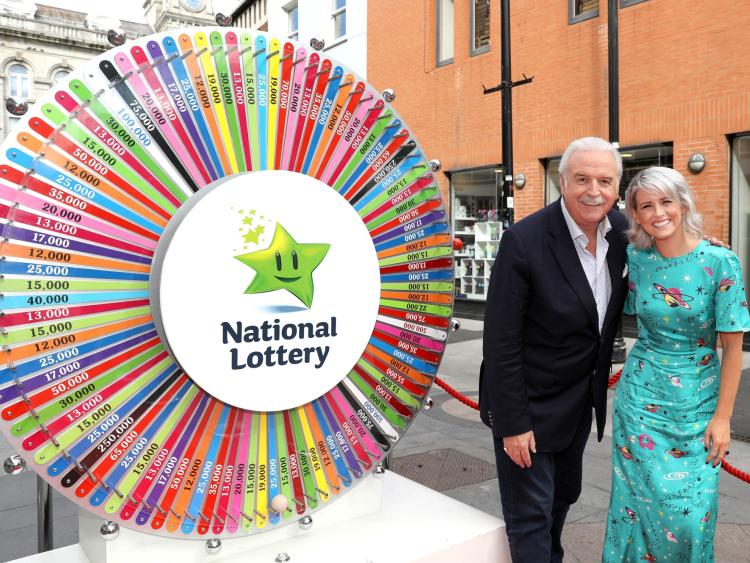 A Kildare mum will be hoping to spin the Winning Streak wheel when she appears on the National Lottery TV game show on RTÉ One this Saturday, May 11.

Mum-of-two, Melissa Kearney, from Castledermot, was watching the Winning Streak TV gameshow in her home and whilst distracted by her children, she thought she heard her name mentioned on the TV when presenters, Marty & Sinead were calling out participants for the next episode.

It wasn’t until her husband Shane burst into the sitting room to deliver the news that her name was definitely called to appear on that show that she could celebrate properly.

Born to parents, Christine and Declan, Melissa has one brother, Brian who lives in San Francisco following a successful soccer scholarship. Melissa’s mother, Christine will unfortunately miss out on the Winning Streak show because she will be visiting Brian in the US. The pair will however be tuning in on the RTÉ Player.

Melissa will be supported in the Winning Streak audience by her husband Shane who she has been married to for eight years next June. They have two children together, Oran (4) and Luan (10 months) who will both be watching their mother from home with relatives.

Since her name was pulled out to appear on the TV gameshow, Melissa been absolutely inundated with well-wishers from friends, neighbours and colleagues at Dennisons Trailer company in Naas where she has worked for the past 14 years.

Spending plans are already underway for her prize money on Saturday night with home improvements and a family holiday to see her brother, Brian in San Francisco top of the list.

The Winning Streak National Lottery game show, co-presented by Marty Whelan and Sinead Kennedy, will be broadcast this Saturday evening at 20:30 on RTÉ One. The show features games such as Play or Pay, Roll for Riches, WinFall and Electric Dream – where one player will win an electric car worth €25,000.