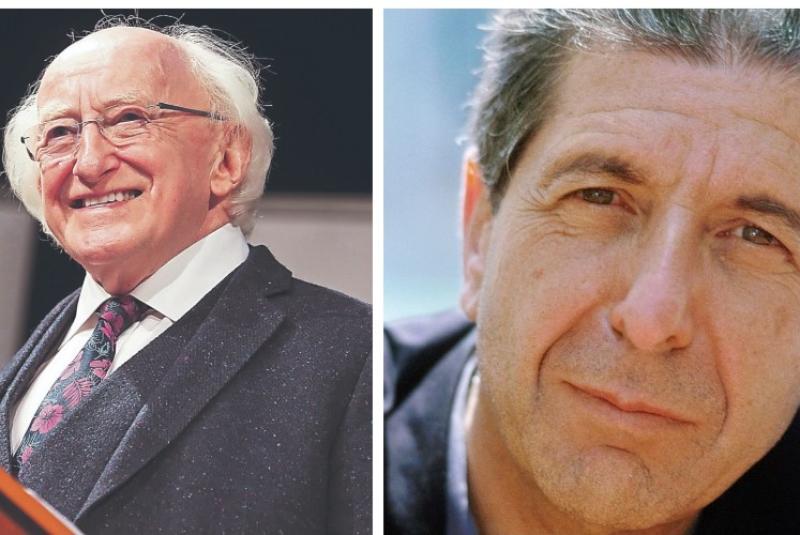 The President Michael D Higgins will unveil the next Made of Athy plaque on Thursday, May 4, to Leonard Cohen.

The late Canadian’s songwriter’s link to Athy is that he collaborated on the script of the play Between Your Love and Mine with Kildare writer John MacKenna.

The piece was in memory of young friends and in honour of those who mourn them.

The requiem was inspired, in particular, by Leonard Cohen’s hope-filled lines: “Behold the gates of mercy, in arbitrary space, and none of us deserving the cruelty or the grace, o solitude of longing where love has been confined, come healing of the body, come healing of the mind.”

In late October 2016, just two weeks before his death, Leonard Cohen approved the final draft of Between Your Love and Mine.

A plaque to Leonard Cohen will be unveiled on the day at the Athy Arts Community Centre in Woodstock Street.

At the same event, a presentation will be made to the recipients of plaques thus far of a replica disc of their own plaque.

So far, the list of Athy greats have included Mani from the Stone Roses, Johnny Marr from the Smiths, Neil Hannon of Divine Comedy and Jack L.