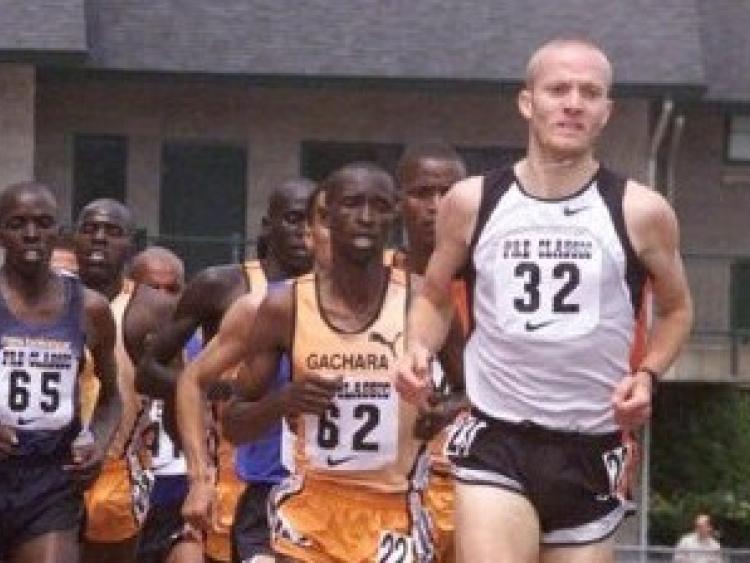 Andrew and his twin bother are very talented athletes

Described as one of the great ambassadors of Irish athletics, life took a dramatic turn for Newbridge man Andrew Walker last weekend when he was hit by a car in his adopted home of Gran Canaria.

He is out of immediate danger but A Go Fund Me Page has been set up by Brendan Taafe to raise funds for his substantial medical bills and rehabilitation.

He pointed out Andrew is one of Ireland's elite tribe of sub four minute milers, a former national senior 1500m champion, and has competed at European and World Junior Championships. He is a Penn Relays winner, and in his time trained with and raced the most elite athletes on the planet.

"On Saturday morning 1 July, Andrew was hit by a car in his adopted home of Santa Brigída in Gran Canaria, leaving him in a critical condition with multiple internal injuries and shattered bones. His lungs and spleen are very badly damaged," said Mr Taafe.

"But for those of you who know him, or those who have had the opportunity to race against him, you will know how strong and single-minded he is, Andrew is now off life-support and has stabilised well from his multiple surgeries and is on the slow road to recovery. This will take a lot of time and patience. This campaign is started to assist his beautiful young family, children Danam and Jane and his amazing partner Maria, in what will be a very difficult path ahead. His medical bills will be substantial and they will need support."

He described how Andrew and his twin brother Kevin were coached early on by their father, Shay Walker, who tragically passed away only last month. They later went on to be coached by the late great Noel Carroll in UCD.

"The Walker twins struck fear into many a starting line up, both nationally and at an international level, and broke many a heart with their blistering pace in the home straight. Later in his career, Andrew set up the Professional Warm Weather Training Camp in Gran Canaria, where he helped the many athletes who travelled from Ireland and around Europe to train with him. For those that have a story or memory of how Andrew has inspired or helped them as athletes or indeed as humans, please share it," he said.

"Now 41, Andrew had recently stepped up his training with an eye on the World Masters Athletics Championships in 2020, but now his priority and focus will be just to recover for his family. He has been an inspiration to so many. I know that the wider athletics family will gather round and return the love. Thank you."