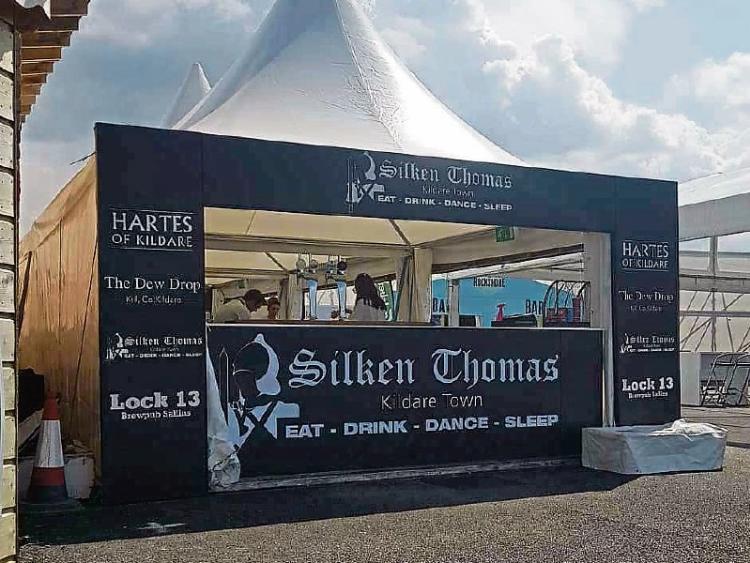 Four popular Kildare restaurants have come together at the Curragh racecourse to provide a selection of the best that the county has to offer.

Barry Flanagan of Lock 13 in Sallins explained that they, the Silken Thomas and Harte’s in Kildare town and the Dew Drop Inn in Kill have created a Garden Plaza, which features two bars, a music stage and a food offering.

“Instead of competing against each other, we decided to harness our facilities,” he told the Leinster Leader.

He explained that the four restaurants are pubs which focus on the gourmet sector and are focused on sourcing good food.

So they hatched a plan that each pub would provide a dish that they were well known for.

“The four of us work quite well together,” he explained.

“So, the Dew Drop does their burger; Harte’s specialise in pulled pork; Silken Thomas does a battered fish while we in Lock 13 do our Thai Green Curry, either with chicken or as a vegetarian option. They also do nachos.

“We also have a tasting menu available.”

He explained that, given the nature of the event, people don’t want to necessarily sit around waiting for their food at the Curragh.

The Garden Plaza, which is just off the parade ring, has been at the Racecourse since March and will be there until September.

“We also have a covered tent area allowing people to come and have a drink, see some music and have something to eat,” said Barry, adding that it enhances the racing day for customers.