Jack & The Beanstalk comes to Leixlip 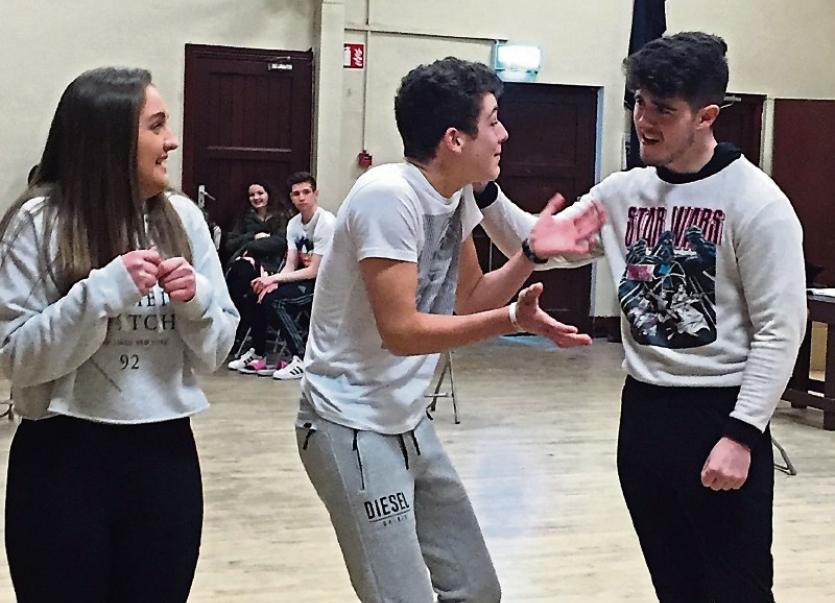 Leixlip Musical and Variety Group is ready to stage its pantomime, Jack and the Beanstalk.

And ticket sales are going well for a lot of shows, of which there are eight.

They cast will be back in action again on Friday, February 2, but again the 2.30pm matinee the next day, is sold out.

Tickets are available for the 7.30pm show on Saturday week but the Sunday matinee on February 4, also at 2.30pm is gone.

Tickets are available at Leixlip Pharmacy or 087-1632268 or Boxoffice@lmvg.ie.

After auditions last year, the group selected their cast for the show.

Fionn O’Dwyer will play Jack with Dave Miller at Polly. Lauren Dooley is Jill and Sean Duffy is left with the difficult role of Lord Von Shutyourtrap.

Wott is played by Jordan Donnelly and Cillian Hogan takes on the Buster role.

The housekeeper, Melisandre, will be played by Aoife Masterson and Hannah Byrne has been working hard to portray the Fairy.

Apart from these main characters, the group has a much wider cast of singers and dancers.

Spokesperson, Lynn Brennan, said on Monday things were going well and two runs of the show took place last Sunday and the previous weekend. While locals are expected to flock to the show, Ms Brennan said that they traditionally get music and pantomime fans arriving from other parts of Kildare to see the show.

Last year, Leixlip Musical and Variety Group won the Best Overall Show Award, for Legally Blonde the Musical. This was the group's the first win of its kind in 37 years.

He came close for the Best Musical Director Award. Ms Tighe and Mr Hayes will be back in action again shortly.

After the group dispenses with the pantomime over the next two weeks, a new group will start getting ready for the group's next production. That will be on stage in April.  The group will be back in action to stage the Broadway classic, West Side Story, from 24-28 April. Most likely good tickets sales from Jack will help.