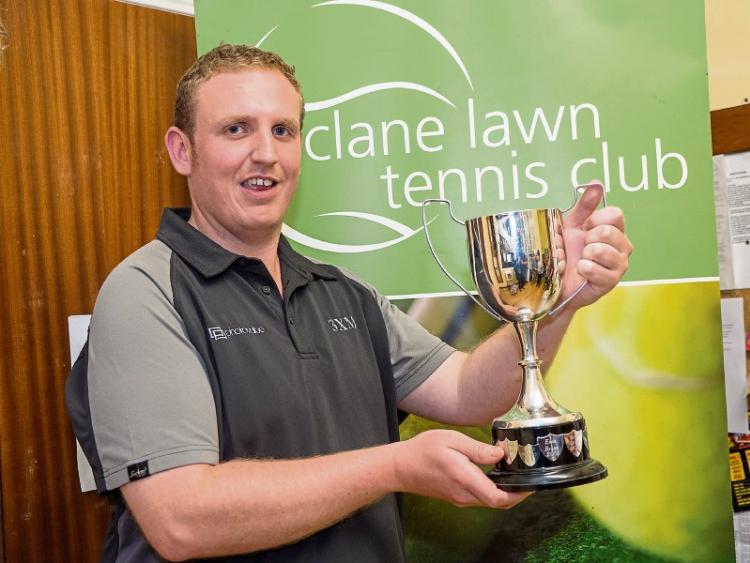 Clane Tennis club had a good day for their championship finals recently.

Spokesperson, Liam Burke, described it as a “fantastic championship.”

Over 70 players participated, between them playing 104 matches in 13 days. That amounted to 1800 games and, no doubt, a lot of healthy exercise.

Heavy rain did not prevent thrilling finals played on Saturday evening before a very big crowd.

The ladies and Men's Singles final provided top class tennis with a win for Lauren O'Grady.

She was participating in her third final, having been runner up twice. She just got the better of Clare Dalton in three sets 5-7, 6-0, 7-5 to take her first Singles title.

The Ladies Doubles was won for the seventh year in a row by Clare Dalton and Cathy Walsh, who saw off the challenge of mother and daughter combination, Susan and Freya Ryle.

The Men's Doubles was another thriller with Ronan Behan and Colin Gray beating Gareth Brogan and James Smith who struggled with a hamstring.

The Mixed Doubles final, which was held on Friday saw Cathy Walsh and Jonathan Ryle, just edging out Jo Patchell and Ronan Behan in another top class final.