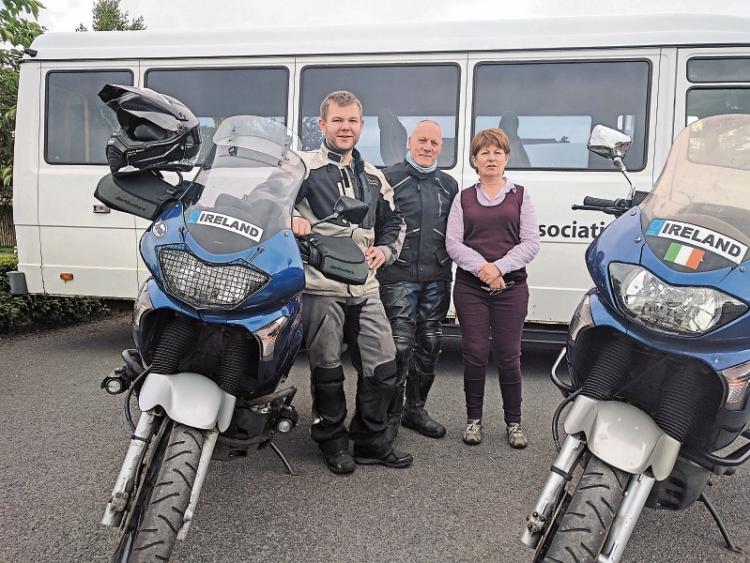 Two Kildare motorcyclists on a fundraising world trip have raised over €5,600 so far.

Niall Conway (29), an engineer with Ericsson, from Celbridge, and Frank Seveno (72) are now in Australia after crossing Canada.

The pair are hoping to raise funds for the Irish Wheelchair Association’s John Sullivan Centre in Clane, which has been very helpful to Niall’s family.

Last Friday, the duo had reach Nabiac on the Pacific Highway in Australia, as they headed from Brisbane to Sydney.

It was a given for them to visit the National Motorcycle Museum in Nabiac.

In early September, they left Canada’s Vancouver for the 14-hour trip to Brisbane, where they stayed with Niall’s long-time friend Mark Henry and his wife.

The pair left Dublin on August 14 and flew to Montreal and took the Trans Canadian Highway, with a quick stop at Ottawa.

They were in Marathon, Ontario on August 19 and reached Kakabeka Falls on August 22.

The Canadian experience was good. “The Canadian people are always helping when they can,” said Niall.

Vicki O'Connell, of the IWA, Clane, said they had received a post card from the pair and were following their movements.

You can support Niall and Frank by logging on to: www.justgiving.com/fundraising/rtw2017 and follow their journey on www.facebook.com/rtw2017fsnc