Birthday joy for Tommy and family 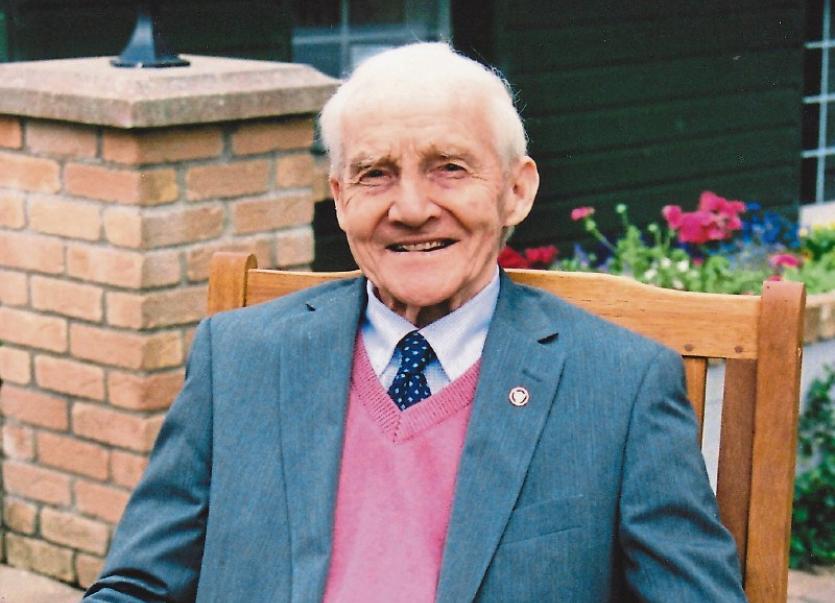 A party was held in the family house with extended family and friends.

Tommy Hall comes from a large family. He was born in 1927 and raised in the old Barracks in Newbridge.

Tommy left school at the age of 14, after completing Primary Education in the boys school in Newbridge town and began working in Newbridge Cutlery (today, Newbridge Silverware), where he ended up spending some 30 years.

His first wife was a native of Maddenstown, the Curragh, by the name of Rose Garrett. The pair had been married 25 years when Rose sadly passed away from cancer in 1984, aged in her mid-fifties.

The pair met while in and out of the old hospital in Kildare town, now the Kildare House Hotel.

Tommy now has three grand-children on his own side, Rachel, Mark and Jamie.

His second marriage was to Naas woman Barbara (Babs) Norton from Abbey Bridge.

Barbara grew up in Clongorey. The pair have been married for around 25 years, and currently reside in Mount Carmel in Newbridge.

He met Barbara, who is 92 years of age, at the Pitch and Putt club in Newbridge, where the pair were regulars.

Tommy didn’t learn how to drive until he was 65 years old, but his son Eugene said himself and Barbara are both “highly independent” to this day.

He added that the Pitch and Putt club has been a large part of their life.

Tommy was the first Kildare man to win the National Matchplay Championship in Pitch and Putt.

He held a record as the oldest champion for two decades, as he scooped the title a month short of his 47th birhtday in 1974.

On December 4 1999, at the annual Pitch and Putt Union of Ireland Dinner Dance, Tommy Hall received the P.P.U.I Hall of Fame award. He was the last receipient of the 20th century.

Tommy was still contending at a national level well into his seventies.

Tommy and Babs are both still involved in their beloved club in Newbridge on regular occasions.