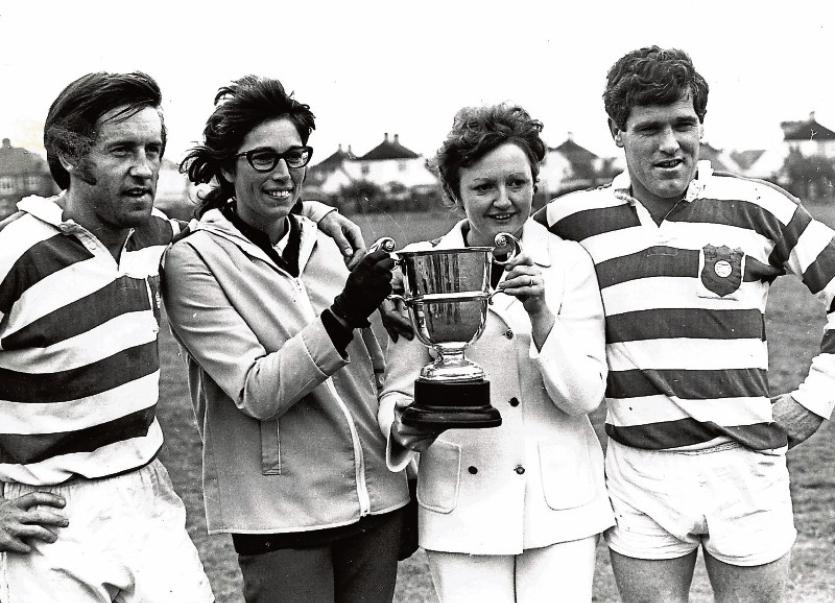 The huge attendance at the funeral of Joe Harrison, Fairways, Green Road, Newbridge, who died on June 2, said all that had to be said of as popular a figure as you are ever likely to meet.

The huge attendance included many from London and indeed many parts of the country.

A footballer of note, both with his native club, Ballykelly, and with his clubs when he emigrated to London back in the ‘60s.

Joe was a golfer of note; a valued member of the Royal Curragh Golf Club for a long number of years, though one would rarely hear Joe refer to the Curragh as Royal Curragh, the Royal prefix never really sat comfortable with him. Joe was also a long time member of the Kildare GAA Golf Society where he served as both captain and president.

But long before he took to the small ball Joe was a footballer of note. A valued member of the Ballykelly Club, a club his father Johnny was a founder member.

Joe’s brother Seamie, who pre-deceased him, was a member of the Kildare team that won the Leinster Championship back in 1956, and when Seamie emigrated to London Joe soon followed and joined the famous Round Towers GAA Club.

An outstanding defender, Joe won practically every-thing that was to be won with Towers at both club and county level.

Seeking new pastures, he, along with a few other players, decided to form their own club, thus opened another chapter in the annals of London GAA with the coming into being of the Sean Treacy’s Gaelic Football Club, uniquely and unusually, run mostly by players with Joe, as well as playing, also acting as treasurer.

No doubt Joe’s infectious personality and his ever smiling face attracted many to Sean Treacy’s club and incredibly the former Ballykelly man went on to win no less than 19 trophies, which included three All Ireland Junior titles, to add to the one he had previously won with Round Towers.

There are few who can boast of having four Junior All Ireland winning medals and even fewer still who can claim to have won three titles in a row.

Joe was a member of the London County team, Sports Stars of the Year in 1972 and many is the time he and his London colleagues lined out in the famous annual Wembley Stadium Gaelic Games tournaments and also in the International Sports Festival and Exhibition at the Crystal Palace Exhibition Centre in August 1965.

The esteem that Joe Harrison was held in across the water can be gauged from an obituary that appeared in The Irish World (the voice of the Irish Community in Britain since 1987) under the headline ‘The passing of a London GAA star: Joe Harrison.’

When Joe, and his wife Teresa, returned to Ireland they set up home in Newbridge but Joe never forgot his Ballykelly roots and in 1974, he both managed and played with Ballykelly winning the Intermediate Football Championship, defeating Rathangan, after a replay, 3-6 to 2-8.

To his wife Teresa, daughters Deirdre and Pauline and all the extended family we extend our sincerest sympathy.

One thing for certain as well as lots of football being played and replayed in the big field in the sky, there will also be lots of golf, with Friday evenings, already penciled in for the ‘Bunnies and Tigers’ where Joe will no doubt renew his weekly Friday evening golf battles with, among others, his great pal and golfing buddy, Billy Cunningham.

— Tommy Callaghan along with contribution from The Irish World