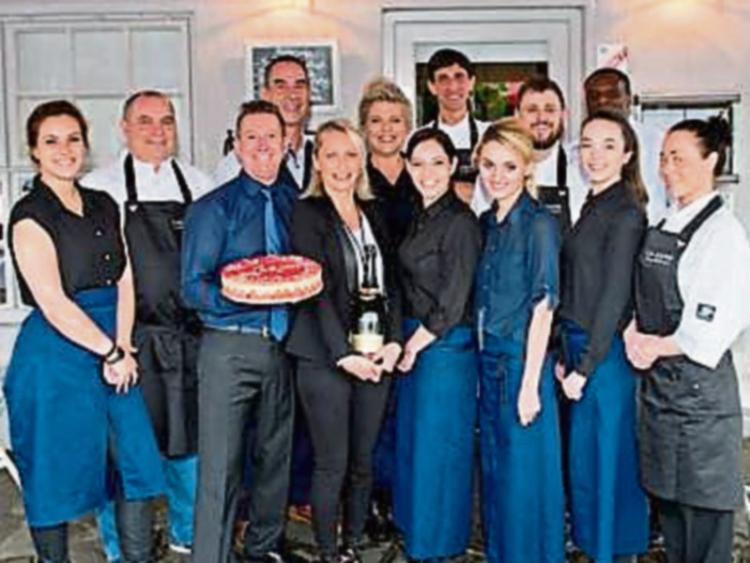 The staff of Vie de Chateaux

The Vie de Chateaux restaurant in Naas is celebrating its tenth anniversary.

The eatery treated 70 guests to a seven course tasting menu to mark the anniversary.

Ten of the guests each won a magnum of the Grand Reserve champagne, which was specially branded for the restaurant. All of the guests got gourmet goodie bags.

Head chef Sylvain Costrowa and his team served up the food.

The restaurant has won several accolades over the decade including the Irish Restaurant Awards' best restaurant in Co. Kildare three times between 2011 and 2016.