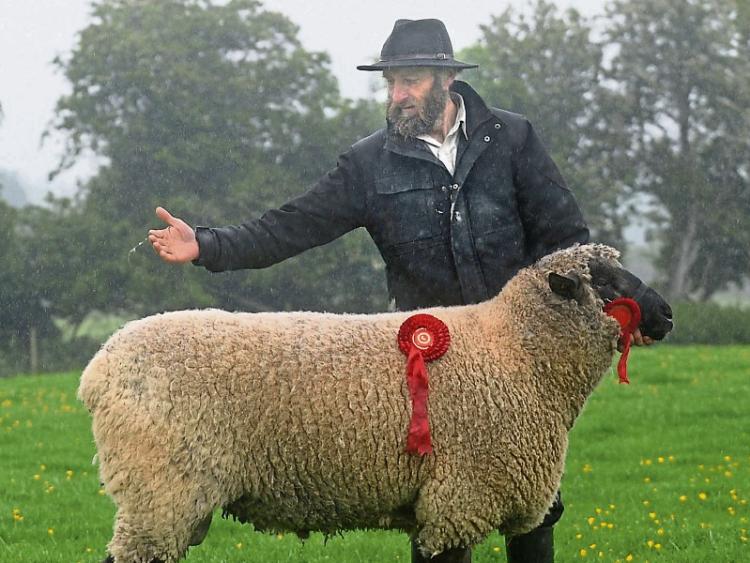 A Curragh man has established a new sheep breeding society, aimed at promoting a breed, which is relatively new to Ireland and which, he believes, is particularly suited to Kildare's famous plains.

Percy Podger first imported a Schwarzkopf Fleischschafe ram in 2011, and since then has steadily imported more and more every year.

In fact this year, he bought the German champion of the breed - an investment that he is optimistic of recouping, such is the quality of the breed.

“If I travel so far - I don’t come back with second best,” he said.

READ MORE: It's up to all of us to protect the Curragh plains

He told the Leinster Leader that they are larger, and most importantly, longer than many other sheep breeds.

They have quite good wool, and they also have an easier time lambing, which makes them a particularly attractive proposition to sheep farmers.

From his point of view, one of the most attractive aspects of the breed is that they can better survive the often less than ideal conditions on the Curragh, which many breeds would not.

“Any breed will thrive in plush surroundings,” he said. “But many breeds won't cut it on the Curragh.”

In September 2015, Mr Podger first advertised the new breed at a show and since then, there has been good interest in them.

“At this stage I have rams in many counties, including around the Curragh here.

“I only brought them out to the public in September 2015. It’s only in the last year and it’s taken off since then.”

Locally, a number of farmers including Mark Doyle in Dunlavin and Nader al Mane in Naas have started their own flocks. Mr Podger said that he had experimented with other breeds in the past, with varying degress of success, but it is the Schwarzkopf Fleischschafe breed which has brought him consistant success. And with an eye on the future, in order to promote the breed, he is establishing the new society, 'Schwarzkopf Sheep society, Ireland-EU'.

Speaking of the undertaking involved in bringing the sheep from Germany he noted: “In 1972 my country got a whole lot bigger. Europe is my country now.

“I just got into my car and drove over there.”