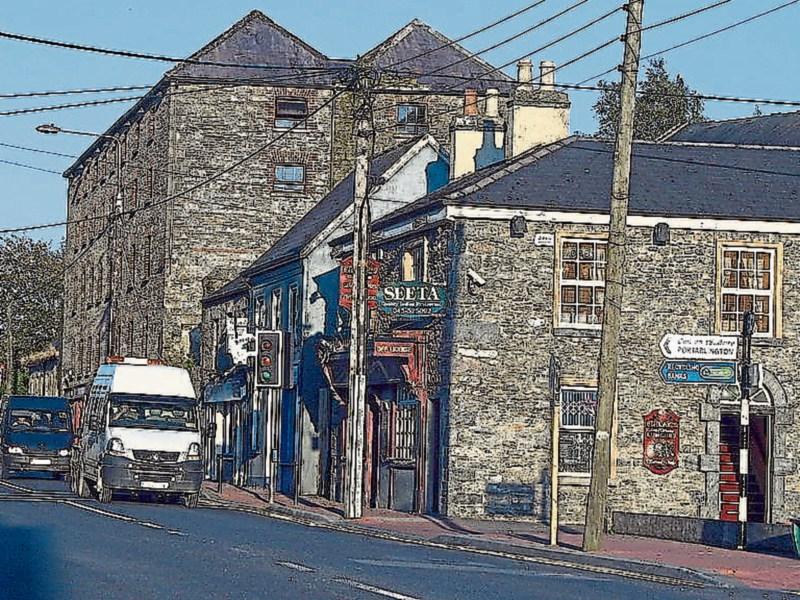 Monasterevin, with Finlay's Pub, where Mr Murray took refuge, in the foreground

An innocent man, who was mistaken for a convicted paedophile while house hunting in Monasterevin, has spoken out against the group of people who verbally attacked him and hounded him.

“I just want to make sure this never happens to anyone again,” said Dublin resident, David Murray.

“I felt totally alone and I am just delighted that the media have highlighted what happened.”

Mr Murray told the Leader, that even if people believed he was this man, they should have contacted gardai and not acted in the way they did.

Gardai confirmed it was a case of mistaken identity.

The incident occurred after a local news website put up a post on Facebook saying there were social media reports that convicted paedophile, Anthony Luckwill, was seen in Monasterevin a few days previously. A member of the public then put a post on the media outlet’s Facebook page with a picture of David Murray claiming he was Anthony Luckwill.

Mr Murray said the people in the group, who followed him from Supervalu up the street, were taking his picture and sharing it on social media, accusing him of being Mr Luckwill.

“I had to seek refuge in Finlay’s pub at approximately 8pm Friday 26 May and make an emergency call to Garda, as several residents in Monasterevin publicly repeatedly aggressively accused me of being Anthony Luckwill at Cowpasture/SuperValu in the town. These residents abused me verbally, threatened me, refused to listen to my denials or my calls to have the Garda be called to sort the confrontation out and establish my identity. They were not willing to listen rationally to anything I said. This was a vigilante mob mentality.”