Alleged possession of at least €45,000 of illegal drugs 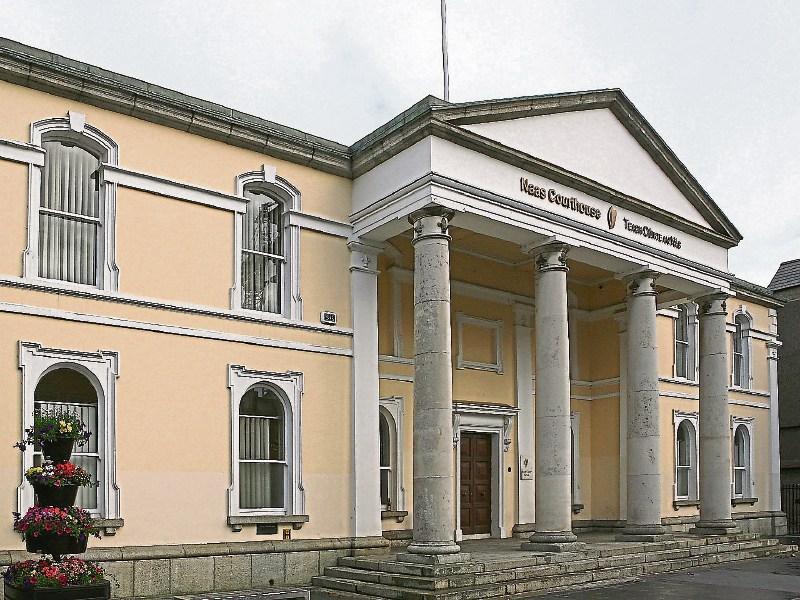 A Kosovan man was refused bail at Naas District Court today after the the State alleged that he had a minimum of €45,000 of illegal drugs in his possession at Caragh.

He was charged with possession of illegal drugs, and having them for sale and supply, at his address on February 27.

At the outset of Mr Goranci’s case, Garda Seamus Doyle said Mr Goranci was taken to Naas Garda Station on Tuesday, February 28 at 3.25pm. When the charges were put to the defendant, he remained silent.

Stephen Walsh, solicitor, applied for bail but Garda Doyle opposed bail based on the O’Callaghan principles, which include the seriousness of the charge and the potential penalty in the event of a conviction.

Garda are alleging that Mr Goranci had three kilograms of powder in his possession, which could be valued, at street prices, at up to €100,000, but they were awaiting tests on that. At a minimum, said Garda Doyle, the alleged illegal drugs were worth €45,000.

He said the charges came as part of a wider investigation.

They were also awaiting confirmation of Mr Goranci’s status as a Kosovan national. Mr Goranci had told Gardai he was in Ireland for two years but he had no significant ties to the State.

Crossed examined by Mr Walsh, Garda Doyle said Mr Goranci possessed false identification documents and he believed he could be a flight risk.

Mr Walsh opted not to go into evidence.

Judge Zaidan opted to refuse bail and adjourned the matter until March 8, and for directions from the Director of Public Prosecutions.

Mr Goranci was aided by a Court appointed Polish translator but he opted to have a Kosovan translator for the next hearing.

At the same court sitting, another man, Marek Dondajewski (29), of 19 Osberstown Drive, Sallins, pleaded guilty to possessing €100 of amphetamine at the same address, 1 The Courtyard, Donore, Caragh, on the same date. Judge Desmond Zaidan fined him €1,000.

Referring to Mr Dondajewski, Mr Walsh said he was a tenant in the house where he was found with the amphetamines. He had no previous conviction and had lived in Ireland for 11 years. Asked if he agreed that Mr Dondajewski was “a decent enough young man to deal with”, Garda Doyle said: “Yes.”

Mr Walsh said Mr Dondajewski had worked at Kill Equestrian Centre for a number of years and did a call out of the horses.

He had an addiction to amphetamine or speed. He had broken with a girlfriend but had not taken the illegal drug when he was going out with her.

He had spent three days in custody since his arrest. “He was in the wrong place at the wrong time,” said Mr Walsh.

Judge Zaidan gave him five months to pay the €1,000 fine.