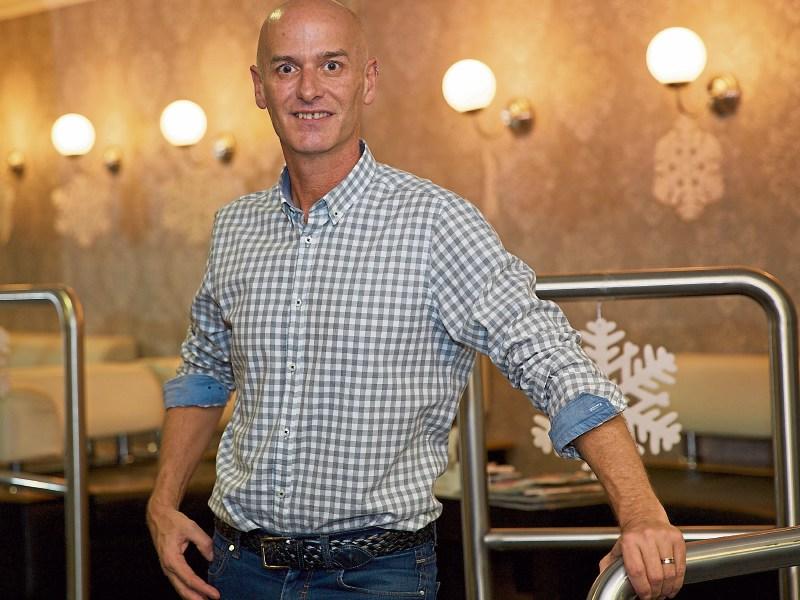 “I used to do Eddie Hobbs hair for years, and he used to say ‘Arthur, if you could bottle the atmosphere here in the salon, you could make a fortune',” said the well known Newbridge hairdresser.

Arthur Rainbow’s name is synonymous with hairdressing in County Kildare.
It’s hard to believe it’s been 31 years since he first started out down on John’s Street. Newbridge was a lot different at that time he recalls.
“I opened up beside Eddie O’Connor’s Centra in 1985. It was €5.80 for a wash, cut and blow dry back then. I was very young and I actually took on a stylist and she trained me up. It was very difficult for a guy to get into hairdressing back then. That was like over thirty years ago.”
Hairdressing was always something that inspired Arthur from a young age, and he was determined to achieve his dreams. From small beginnings, he built up his client base. His reputation spread by word of mouth and the people came. After many years down the end of the town, another opportunity came on the horizon.
“This property came up for sale and I was lucky enough to be able to buy it. We expanded it from four mirrors up to 14 mirrors. It was a slow progression but over the years we built up a very loyal clientele,” he explains.
Having moved to the Curragh with his family at the age of 12 when his dad was stationed at the Curragh Camp, Arthur was very familiar with Newbridge and the surrounding areas.
Eyre Hair now stands proudly on Upper Eyre Street, just around the corner from Charlotte Street.
The unusual colourful facade is eye catching, but classy. Arthur is conscious of the importance of location and the salon’s close proximity to the main thoroughfare is hugely important.
Throughout the years, Arthur’s friendly smile was a constant feature of the hair salon but, this year his clients may have seen less of him in person.
“It was a very bad year for me. I broke my wrist twice. The first time, I broke it, I went home and was off for six weeks and I found it very hard not to be working. It healed up, I went back to work, but then I slipped and broke it again,” he explains.
However, things did pick up towards the end of the year for when he got married and went on honeymoon.
Now with Christmas and the New Year beckoning, Arthur wants people to know he is back in work, back in the salon and ready to greet his loyal existing clients and new faces as well.
While, Arthur was out of action, the salon was being looked after by his team of top stylists.
The Wella Elite Salon status means Eyre Hair gets exclusive access to any new Wella treatments two months before other salons. The staff are constantly updating their skills in the latest trends, cuts and colours. In house training is also provided.

Eyre Hair has Wella colour experts and masters to ensure clients get the most ravishing hair treatments.
The salon has a warm friendly atmosphere and many of the staff have many years of experience. Georgina Murphy has been working with Arthur for 28 years while renowned local stylist, Alicia Caffrey is also a key member of the team.
“We pride ourselves on looking after our clients. I am now seeing the next generation of people coming to the salon. I had this lady in recently and I had done her daughter’s hair for her communion and she told me she is now 34. I couldn’t believe it,” he said.
Arthur is also keen to stress that despite the years of experience, Eyre Hair manages to retain his fresh, trendy vibrant edge.
Eyre Hair is open Tuesdays from 9.30am to 8pm, Wednesday and Thursdays from 9.30pm to 6pm, Fridays from 9am to 8pm and Saturdays 9am to 6pm. To make an appointment, call 045 432537. Eyre Hair also offers a walk in service.
ADVERTISEMENT - CONTINUE READING BELOW