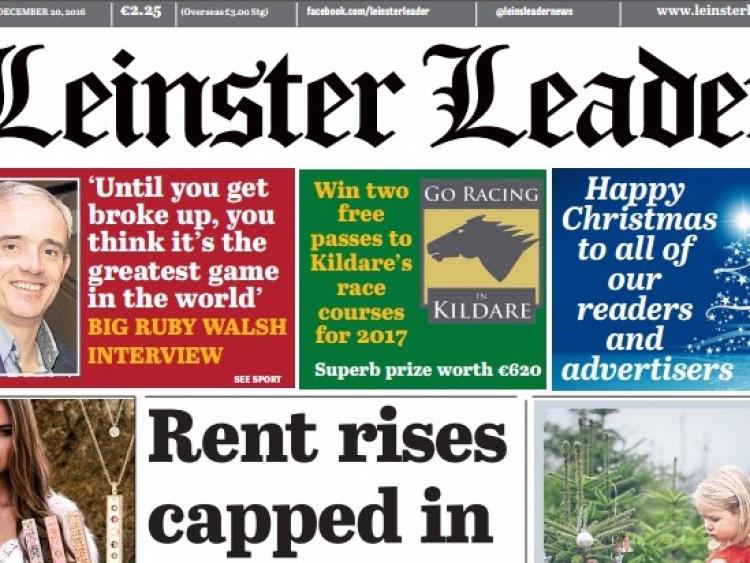 Plus the best courts coverage and local notes section in the county.

In Leader Sport, Six reasons to be merry this Christmas racing season, Lilies shine bright for Leinster in the Aviva and Naas CBS strike again.