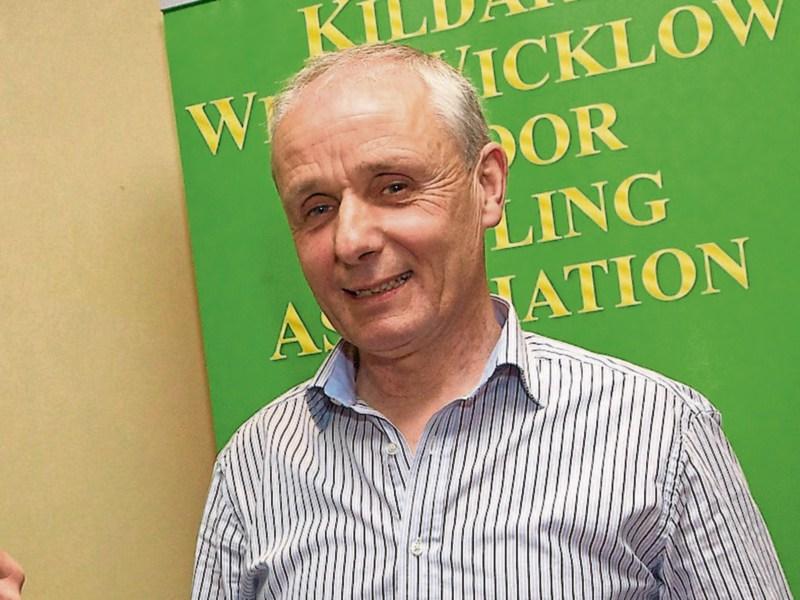 John died in Naas Hospital on Wednesday, November 30, after collapsing unexpectedly while playing indoor bowls two days earlier. A massive crowd turned out to pay their respects at his funeral last Saturday December 3 at the St Brigid's Parish Church.

A dedicated community man, John was involved in many local organisations throughout the years.

As secretary of the Kildare Indoor Bowls Club, he loved the sport and was a loyal club man to the core.

Last week, the club said it was with deep regret that it announced the untimely death of its “esteemed secretary whilst playing the game he loved at their home venue on Monday last.”

“His skill and leadership will be greatly missed by all concerned at club and at county level. To his wife Anne, daughter Carol, grandsons Michael and Sean our sincere condolences and to his brothers Mark, Noel, Michael, and Kevin and sisters Tilda and Margaret our deepest sympathy May he rest in peace,” said the club.

A key supporter of Kildare Town AFC, John's loss was also lamented by the soccer contingent.

“It is with great sorrow and a heavy heart this morning we learned of the passing of John (Gusher) Gleeson. Over the years as a dedicated servant of our club, Gusher has held every position from player to committee with Kildare town AFC.

“His service to our club has been unquestionable over the years and his most resent task for our club this summer was to raise our flag on top of Kildare Round Tower for the first time in our 50 year history. A small task to some, but a major honour to clubmen like Gusher and a greater honour for us to have him raise the flag on our behalf.”

The club also passed on its deepest condolences to all his family and friends at this difficult time.

To say that John made a big impact on his native Kildare town would be an understatement.

Every year, for the past ten years, under his stewardship, John organised a charity bowls tournament at Ryston in aid of three charities including The Hospice and The Friends of Naas Hospital, raising over €40,000 in total.

He was always on hand to organise race nights for other clubs and organisations.

The Tully East resident was also a member of the CMWS committee for many years and did sterling work, as well as calling the bingo numbers from time to time. A minutes silence was held in his memory last Sunday night at bingo.

Members of the Indoor Bowls Club, the soccer club and Mooretown GAA representatives provided guards of honour at the funeral, which was celebrated by Parish Priest, Fr Adrian Carbery, Fr Gasper Habara and Fr John Fitzpatrick from Derrinturn, a former Mooretown teammate of John's.

At just 60 years of age, John had achieved a huge amount in his life.

He also ran for election for Kildare County Council in 2014. Despite declaring just weeks before the ballot and with no financial backing from any party, he managed to secure a creditable 333 first preference votes.

In his professional career, he worked at Fitzpatrick's garage before setting up his own motor factors.

As one customer recalled; “He was so accommodating to everyone. If he didn't have the part there, he would order it and have it delivered the next day by lunch time by courier.”

John will be greatly missed by all his family, friends and neighbours.