Christmas Grinch strikes in Clane as thieves make off with tree 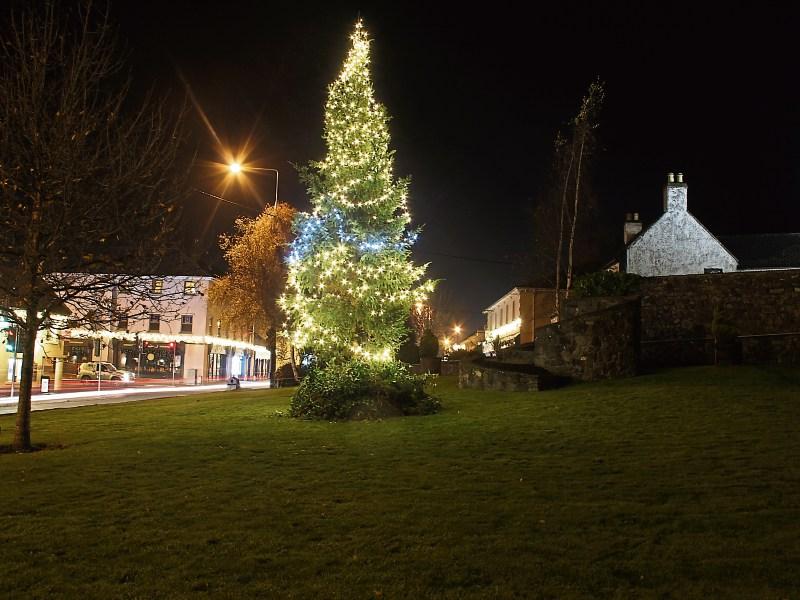 Clane's replacement Christmas tree, shown here, is two foot taller than the one that was taken

A Christmas grinch made off with a Kildare community’s Christmas tree at the weekend.

It was due to be erected on the green area beside the Abbey and the lights turned on after a ceremony on Sunday evening.

But, sometime between 6pm on Saturday and Sunday morning the tree disappeared.

“It was extraordinarily mean to steal a village’s Christmas tree the night before the lights were due to go on,” said Community Council chairperson, Des Drumm.

Mr Drumm said they were lucky to get a replacement. “We were blessed.”

Mr Farrell just happened to have a replacement, which, at 16 feet, is slightly higher than the one which was stolen.

“I rang him on Sunday morning and he had one. It is very difficult to get a tree over ten to 12 feet. Mr Drumm had ordered the tree a few weeks ago. It was planned to erect it on Saturday but they opted for Sunday morning instead.

The original  €135 tree was delivered around 4pm on Saturday. It was left on the open green, lying down near the bushes close to the Fr John Sullivan memorial.

Volunteers were working on the area and when they left around 6pm the tree was still there.

“It would take two good men to lift the tree. It took three to lift it on Saturday but two might manage it,” said Mr Drumm, estimating the effort required to steal the tree.

“It has been quite a lesson. I had thought at one stage of locking it inside the Abbey because of possible theft. But it felt silly. After all who would steal a Christmas tree?” he said.

It likely disappeared sometime between 6pm on Saturday and 8am on Sunday, he believes.

They opted not to lock it inside the walls because it was getting dark when they left the area, and arranged to meet at 10.45am on Sunday, to put it up.
ADVERTISEMENT - CONTINUE READING BELOW