Rath Players back on stage in Rathangan for four night run 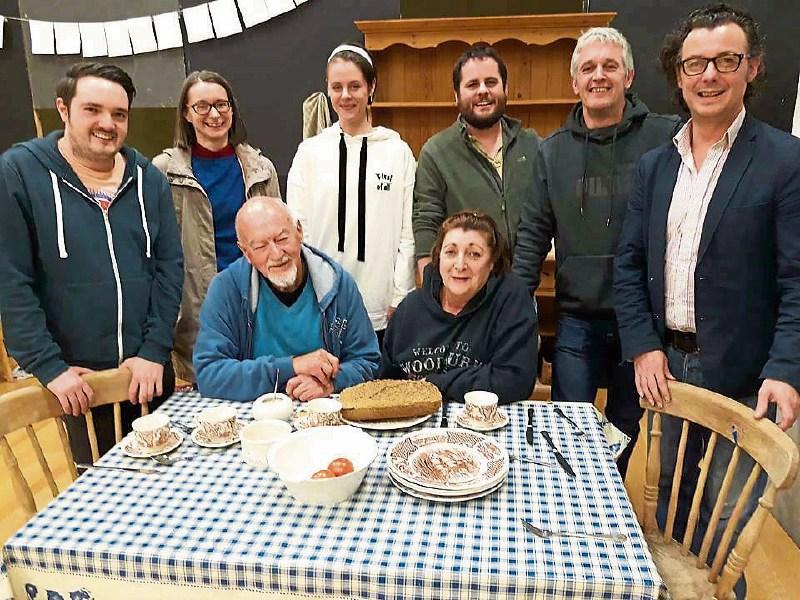 Meet "The Kellys". The cast of the Rath Player's preparing for their "Straws in the Wind" production

Tomorrow night, The Rath Players will begin the first of a four night run at the Rathangan Community Centre with their play, "Straws in the Wind", which was written in 1963 by the late Jimmy O'Loughlin.

The play is about the impact of industrialisation on a small rural village and was performed in 1964 by the Boyne Players. Mario Corrigan of the Kildare Library services came across a review of the production in the Leinster Leader and gave it to the family two years ago. This prompted the decision to stage the play in the former councillor's home town.

Dep Eamon O`Cuiv TD will formally launch the play at the opening night at a wine and cheese reception sponsored by Bord na Mona at 7pm.

Running from November 30 to December 3, all proceeds are going to the ongoing development of the centre and the kitting out of the kitchen.

Community Centre committee member, Mairead Broderick explained the O’Loughlin family approached the group to see if they would stage the play in memory of their dad, as well as a fundraiser for the centre.

“The play is set in the midlands in 1961 and follows the life of a small rural farming family over a few months,” outlined Mairead.

“Times are changing in Ireland, and we see how these changes impact on the Kelly family.”

The cast includes Ted O’ Loughlin, who plays the father Pat Kelly and Lena Carroll as his wife Mary. Brian O’Loughlin, Enda McCormack and Ken Byrne are his sons Tom, Peter and Kit while his daughters are played by Jane O’Loughlin and Aislinn Farrell.

The English businessman, who provides the romantic interest, is played by Dean Gorry. The play is directed by Connie Broderick.

Jimmy O’Loughlin had a lifelong interest in drama, which began in the mid 1950s when he was a prominent member of Macra na Feirme.

Chairman of the Rathangan Drama Festival, Sean Glennon explained how Jimmy was given the task of commissioning a play to entertain visiting dignitaries who were visiting Ireland to learn about Irish culture.

“He got in touch with the late Eddie Walker — later to become a very prominent member of Allen Little Theatre — and the play selected was a one-act called Spring by TC Murray. It was produced in the Grand Hotel, Malahide with a cast drawn from the Rathangan branch of Macra and as far as I can recall, the continental guests were suitably impressed,” he said.

This was followed by a production of Autumn Fire, which was presented in the first Kildare Festival in 1958.

Sean pointed out that Jimmy took part in several of Paddy’s Tynan’s productions and continued his involvement with the Rathangan Players following Paddy’s demise, taking many a leading role during the 1970s and 1980s.

Sean said his most noteworthy performance was possibly his portrayal of Jimmy King in the Wood of the Whispering where his talent for comedy was clearly evident.

“Those of us who took part with him have great memories of his companionship, his dedication and his great sense of humour. His rendition of Molly Malone was one of the highlights of our after the play festivities,” said Sean. “He seldom missed a line but if he did he was very apt at substituting a line of his own which could be a problem for the person playing opposite him.”

He recalled how Jimmy continued his acting career in later years with the Rath Players and was a regular at the Rathangan Drama Festival until his hearing made it difficult to follow the play.

“He can rightly be considered to be one of the great characters of the last 60 years or so and will always be fondly remembered by all in the theatre world who were fortunate to know him,” said Sean.

The play starts at 8pm nightly and more details can be found on the Community Centre website or by contacting 087 9670138. 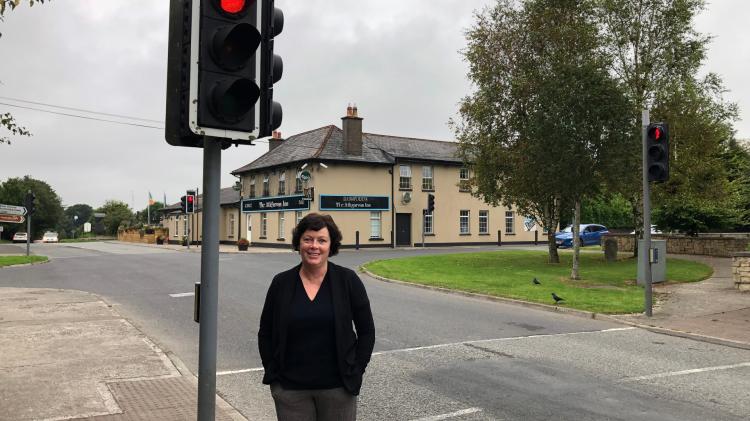