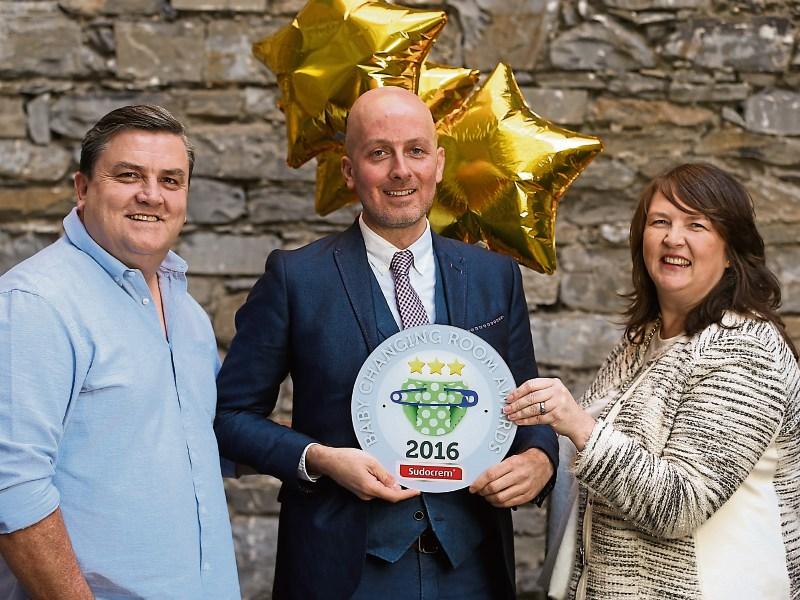 Kildare Village and Debenhams in the Whitewater Shopping Centre, Newbridge, are among the top spots in the country for parents to change a poopy nappy.

The awards, sponsored – unsurprisingly – by Sudocrem, were chosen by public vote.

Kildare Village’s posh nappy changing facilities were awarded the top tier mark of three stars, while Debenhams got two stars. The Applegreen M4 service station at Enfield West on the Kildare-Meath border was also awarded one star. The venues were honoured at an awards night held in Dublin earlier this week. Nationally, some 31 venues won awards out of 650 initial entrants.

Sudocrem says that 45 percent of parents have experienced dirty changing rooms, and some 30 percent have even faced a lack of a bin in which to put their child’s dirty nappy.

The makers of the iconic Irish nappy rash balm say parents want dedicated, clean facilities, a waist height changing table with a secure mat and a facility that can fit a buggy. They also note that feeding facilites are important for mums and dads, who usually take changing facilities into consideration when planning a day out with their little ones.