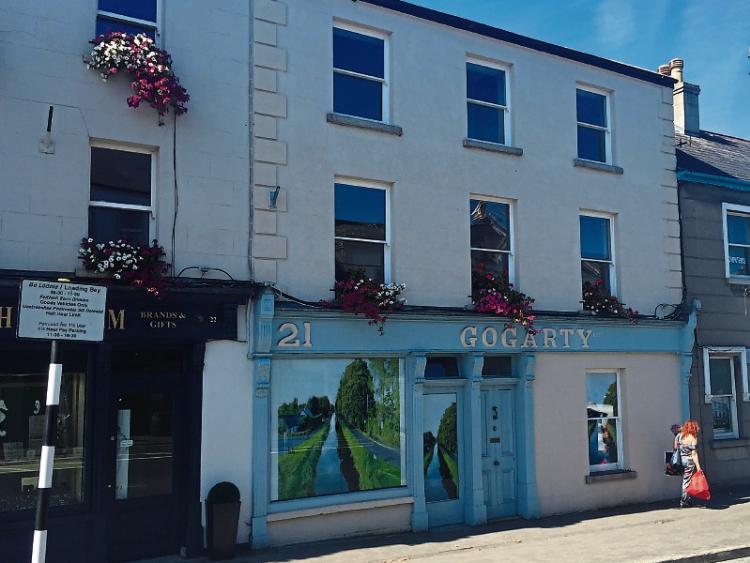 The former Gogarty's premises in Naas

The death has been announced of Josephine Ann (Joan) Gogarty, who, with her sister Elizabeth who predeceased her, was a distinctive figure in the Naas retail trade through the second half of the 20th century.

The death of Ms Gogarty marks the passing of a link with the great merchant family businesses which once dominated Naas’s Main Street such as Staples Dowling, Gorry’s, Grehans and Fitzsimons.

Ms Gogarty, died on Sunday, August 28 surrounded by her family and friends. She was predeceased by her sister Elizabeth and is mourned by her brother the Very Reverend Terence M.H.M.

The family business was in existence on South Main Street Naas since the mid 1800s.

The shop was known for stocking everything from the proverbial needle to an anchor and was an Aladdin’s cave of haberdashery, hardware,and quality bric-a-brac.

Gogarty’s stocked perhaps the most eclectic range of products to be found outside the capital.

While other businesses came and went in the Main Street, Gogarty’s was an enduring presence in times of boom and of recession in the town.

Joan, Elizabeth and Terence’s grandfather, Michael, was a long standing member of the Naas UDC and their business was one of the most substantial rate-paying enterprises in the town.

The Misses Gogarty were protective of the emporium they had inherited and paid particular attention to their share of the complex rights of way which threaded through the back-lots behind the main street. In earlier times the family had business connections with Celbridge and Clondalkin.