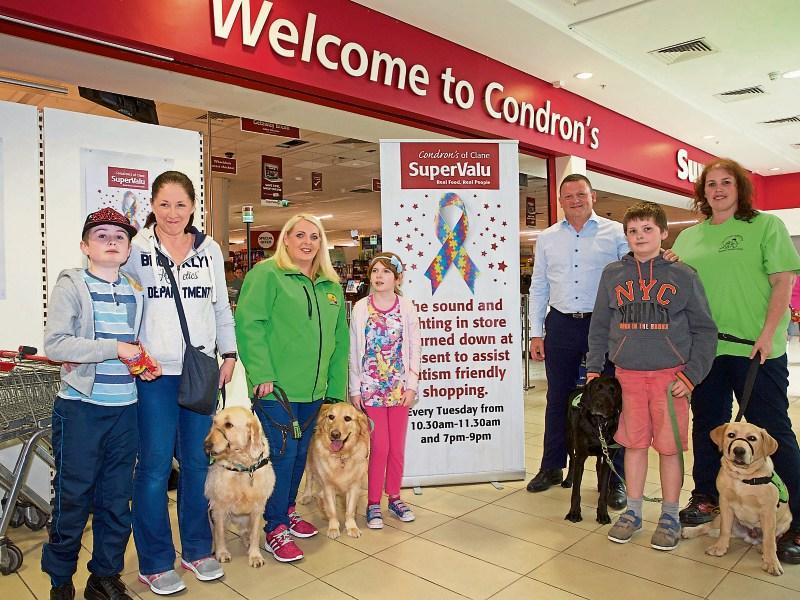 Clane supermarket owner Alan Condron has rowed in behind a plan to make life a little easier for people on the autistic spectrum.

The owner of Supervalu in Clane recently launched a simple plan to provide a bit of peace and quiet for customers who are autistic.

He is turning off lights and turning down sound in the supermarket for a number of hours on Tuesday.

He said it was not “a big deal” to accede to requests for the time table.

Andy Stallard, who works at the supermarket and lives nearby, said they were asked by people with autistic children to do something to help them.

“There were enough people asking us to do it,” he said, “We do this by turning off lights and noisy electrical appliances for two periods each Tuesday.”

Andy said they would keep other systems up and running such as CCTV.

The scheme started around seven weeks ago and is working well.

Alan told the Leader that some non autistic customers like the peace and quiet, but others have asked staff if the store was closed.

Present at the official launch of the scheme recently were dog handlers including Lorna O’Sullivan, who works with the charity, My Canine Companion in the Clane area. She is a local representative for the Cork based group which provides dogs for people with autism. “The dogs have a calming effect and help keep children safer,” said Lorna.