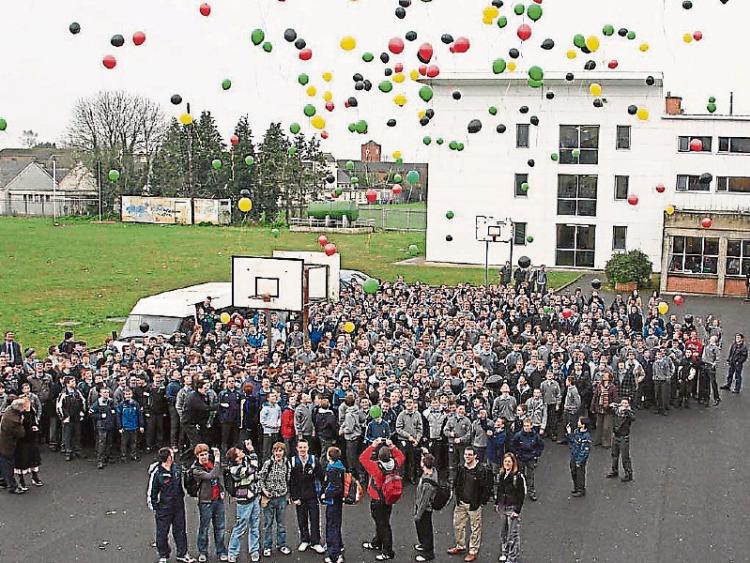 Before we went to secondary school, we Naas lads only knew people from, well, Naas

Migration. It’s the biggest issue in Europe and America right now but my experience of integration started back in the early 1990s and the locality hasn’t been the same since.

People were landing into Naas like they owned the place and leaving graffiti wherever they went, celebrating where they were from.

All this outpouring of identity, it was as if they didn’t want to fit in.

Sure they were only here to make use of the facilities and take advantage of the infrastructure! Then they’d feck off back to their families for the summer.

Some to places I’d never been, like Manor Kilbride.

And they were always together.

Especially in the beginning. Always stood in the corner of the assembly in Naas CBS like the Anthill Mob. Indivisible, clad in Parka jackets.

Like many migrants, they came by bus but there were no visa requirements passing through Eadestown along the Kildare-Wicklow border.

The only thing that could halt their gallop was the weather.

I resented that it snowed more up the mountains anyway but I felt they were in receipt of a big benefit because it bought them more days off.

Tank O’Brien, Gary O’Riordan, Eddie O’Connor et al eventually came around when the bus rolled into town again. It was a stubborn lesson in integration and one that Sallins never really bought into.

You could throw a stone at the place it was so close but it was so removed from Naas it felt like a republic.

It's economy was centred around a meat factory and, in school, the desire to remain apart but together was acute.

There was a cocky swagger and a chippy attitude that suggested you keep your distance. No one from Sallins ever bought a compass with technical drawing in mind. The long needles were great for scrawling the name of the village onto every second desk. Up Sallins! It was written everywhere.

And they made decent weapons too.

The newcomers from Ballymore were far enough away from Naas not to feel threatened by us locals in the same way.

But they’d put it up to you quick enough.

Crazy as it sounds — this was a village you could theoretically fight when integration broke down.

They were real but ultimately unrealised battles.

Students from Caragh were zen-like by comparison. They left their tribalism on the GAA pitch and would only leave you in a heap if they met you on that playing field.

Beyond the white lines however they had the embrace of true Europeans.

And they all seemed academic and decent at maths.

But those who came from Kill were probably the most foreign. They wore long fringes, were pretty much allergic to study, had slight Dublin accents and felt even further away than, say, Manor Kilbride.

To them, the GAA wasn’t defining in the way it was for all the rest of the new arrivals. Their game was soccer and they dabbled in the Dublin leagues with Rathcoole Boys and Peamount.

That made them way more city than country.

And infinitely more urban than the students coming in from Two Mile House. The House was positioned at the opposite end of the spectrum. This place of one shop that felt like some kind of agricultural utopia locked in the 80s, but with school haircuts that looked like they rolled out of bed in the 70s.

Still, they were hardy enough not to get snowed-off, and too close to town to properly feck off for the summer.

We just had to get on with them.

Such were the subtle differences and stereotypes between peoples who were essentially the same once the initial fear and apprehension evaporated.

In this time of Brexit and Trump, Britain and America ought to take note of this shining example of integration and think twice about building those walls.