Concrete bollards in Naas 'do not prevent' illegal parking 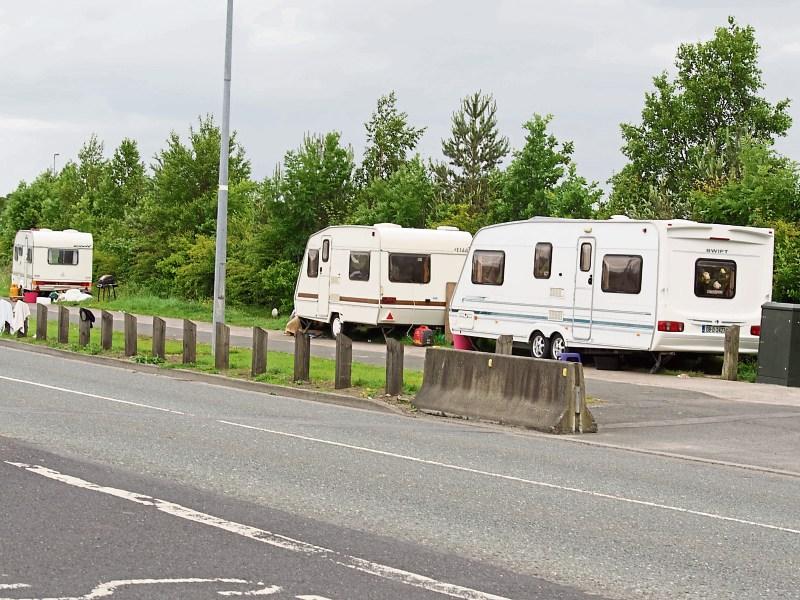 Caravans parked near bollards in Naas

The barriers are in place along parts of the ring roads circling Naas.

However, Naas councillor Seamie Moore said “the unsightly, solid concrete barriers positioned to restrict unauthorised temporary dwellings must be taken away. They are seen as useless town fortifications; they are both hazardous and ineffective,” he told a Naas Municipal District meeting.

However Kildare County Council is reluctant to remove the barriers, pointing out they were placed “at significant cost” to the council to prevent unauthorised parking at a number of locations.

The council says removing the barriers would lead to an extra financial cost to KCC and “is likely to open up the areas in question to further unauthorised parking”.

Cllr Moore said that the bollards are not fully effective and added there have been many instances of unauthorised parking despite the bollards. He recalled a large group was parked illegally for a time last year. “Bollards are no use,” he said.

Cllr Moore added:”I don't now why we're pussyfooting around; legal action should be taken. People cannot use the footpaths.”

Cllr Fintan Brett said €220,000 was spent on bollards — “money that should be spent on roads.”

KCC official Maura McIvor said the local authority follows a procedure, which involves notifying the gardai, before a court injunction is sought. “Bollards are a disincentive; we need a two pronged approach,” she said.