Newbridge Brownies get in the Olympic spirit 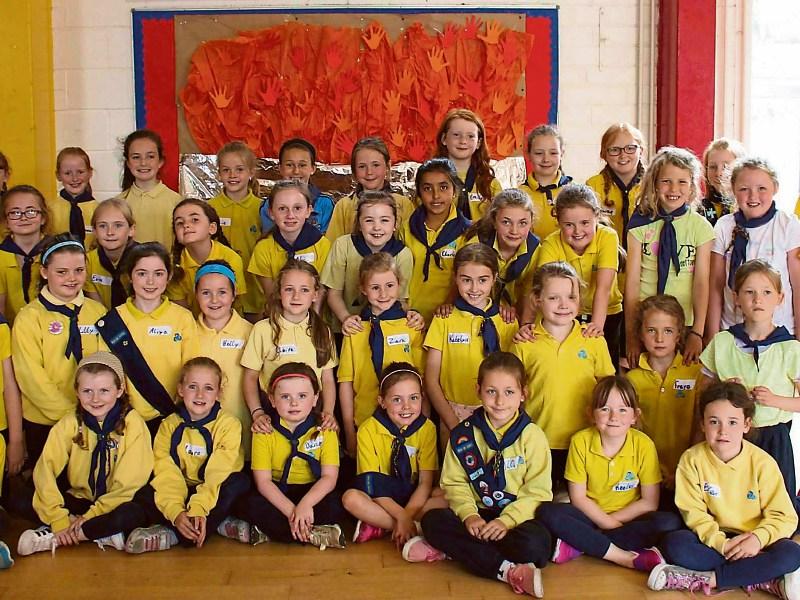 Some of the Newbridge Brownies

TheRiverbank Brownies, Newbridge Brownies, and Lily Brownies, all from the Newbridge District, joined forces recently to celebrate the Olympics.

Spokesperson for the event, Maria Lambert, explained the idea behind the event was to celebrate the upcoming Rio Olympic Games but with a “Guiding” twist.

“We had nearly 50 girls involved on the day and they took part in a range of activities including tug of war, discus throwing, various team games such as rounders and of course the obligatory Bouncy Castle,” she said.

“We also had Olympic themed crafts and songs throughout the afternoon.

“As always our Brownies entered into the spirit of things by designing their own flags and helping to create an Olympic Flame enhanced by the addition of their handprints to resemble flames.”

“It’s always lovely to see the girls working together and days like this really help to foster confidence and celebrate friendships both old and new.”

This event has taken place in dozens of Brownie Units across the country and each participant has received a specially commissioned badge to add to their collection.

The badge was actually designed by one of Newbridge Leaders, Helen Hartnett.

“Congratulations to all the girls who participated and to the Leaders who so generously gave of their time and talents on the day. If you are interested in becoming a Leader you can contact us through the Irish Girl Guides website,” added Maria.