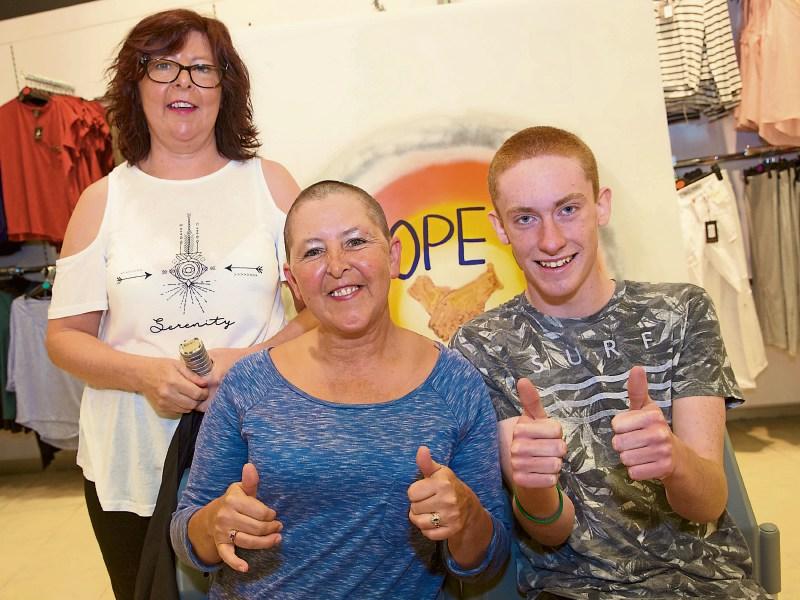 Brave Newbridge mum, Kathleen Conlon had her head shaved recently in memory of her son, Ben, who passed away last year.

“The aim is to raise awareness about depression. It’s about getting the message out there that there are people out there to talk to,” she said.

Ben Moran-Conlon was just 18 years of age when he died by suicide last August.

Kathleen decided to undertake the fundraiser in aid of Hope(D), which runs free mental health support services and counseling in Newbridge.

“We haven’t got a full total of the money raised yet, but we will definitely have in excess of €2,000. Everybody has been amazing, it’s been fantastic,” she said.