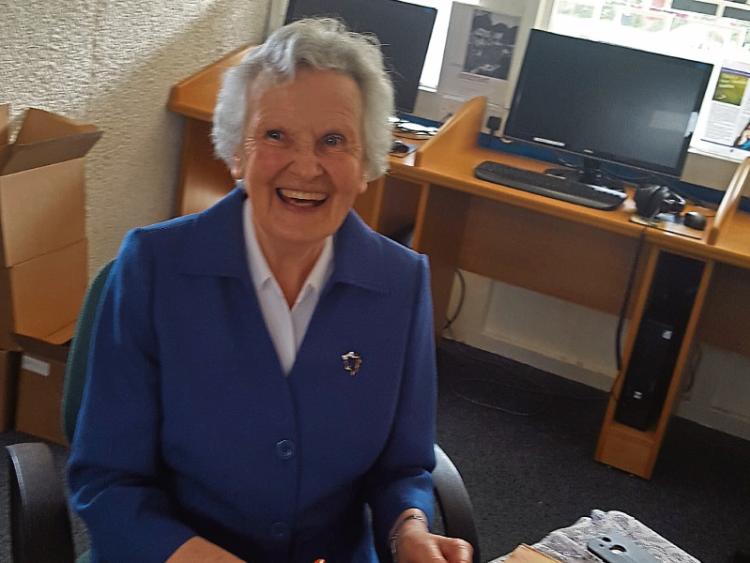 A nun who came to the attention of the media after being mugged in Newbridge two years ago has made a full recovery and has launched her second book.

She made headlines in the local papers in 2014 after she was mugged in College Park and left lying on the road.

She suffered a broken femur, but later recovered. She refused to let the experience hinder her and has since penned two books about her life and social history.

Evelyn, also known as Sr Loretta, is a sister of well known proprietor of the Kiosk flower shop in Newbridge, Brid Doyle.

Titled “Hurrahing in the Harvest”, the title is from a Gérard Manley Hopkins poem.

Her first book was called “Down the Arches of the years” and was received very positively.

Described as an inspiration to all her family and friends, her books have proved very popular and insightful

A large gathering of almost 100 people attended the launch at the library.

Evelyn's books are available to buy in Farrell and Nephew bookshop in Newbridge.