TOUCH Ireland spent €3m over the past 15 years 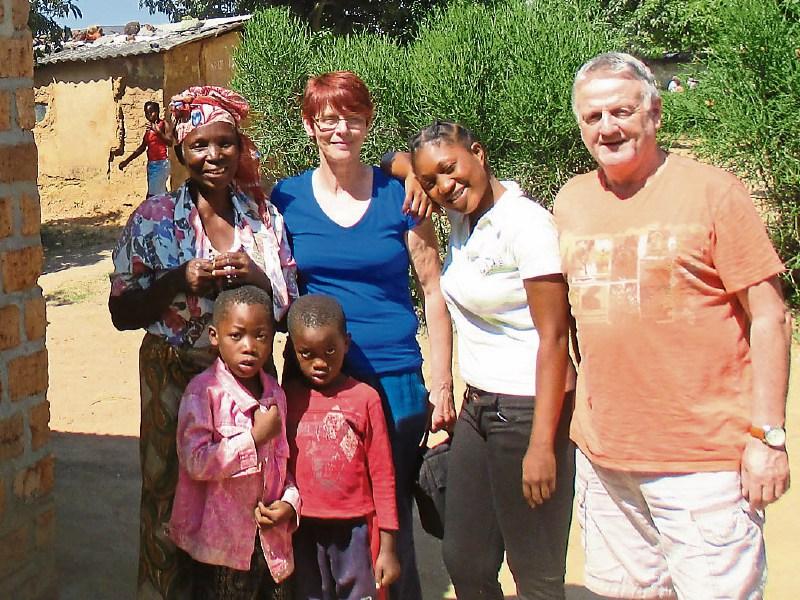 Naas man Seamus Gleeson has just returned from the official opening of a school in Africa which the charity he founded helped provide.

TOUCH Ireland helps vulnerable in the developing world - or “our world” as TI describes it to help focus attention on the belief that the problem is ours collectively.

A former army officer, who lives in Monread, Naas, where the charity was founded, Mr Gleeson is a full time volunteer director of TI.

The school - the Guardian Angels School - was opened in Lusaka, Zambia, by the Irish Ambassador Seamus O’Grady. It consists of a computer lab, a library and four classrooms. The computers were supplied by Camara Zambia which uses technology to improve education in disadvantaged communities. The machines were provided by the Irish Embassy in the Zambia.

While there Seamus and Pauline McHugh, TI’s unpaid assistant director, visited other TI projects in the country. These were a child sponsorship scheme in a school, another project which led to the provision of school buildings and an activity centre at a special needs school.

TI is involved in a number of school building projects and while there they distributed donated items like chairs, walkers, crutches, sudocream, medical items as well as donating a kit to a football team and blankets to mothers with sick children. They spent four weeks there, travelling more than 5,000 kilometres all at their own expense. All donations made to TI go directly to the projects they initiate.