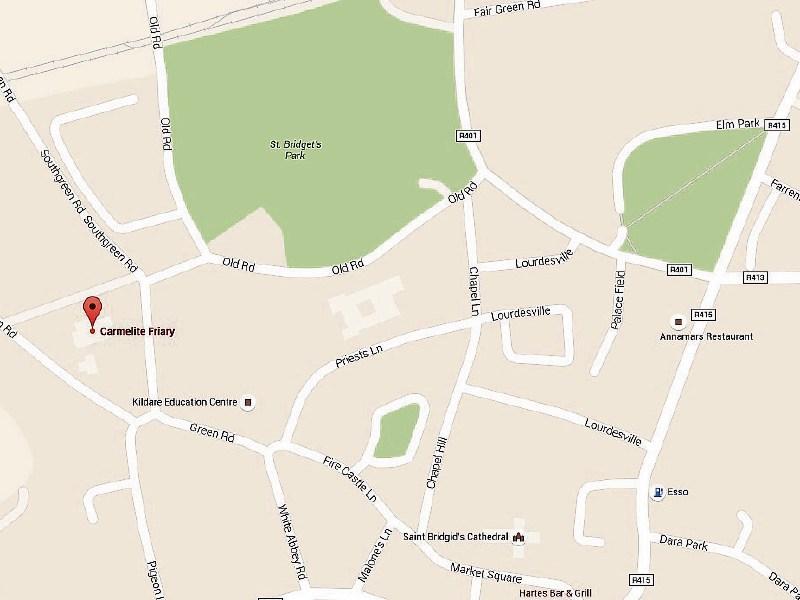 An Bord Pleanala has turned down an appeal for planning permission for a 90-bedroom nursing home opposite the Carmelite Friary in Kildare town.

Serious concerns were raised over the design, layout and visual impact of the development which would be considered 'out of character with the pattern of development in the area and would be obtrusive and overly dominant at this 'sensitive location'.

The appeal application , made by LKD Properties Ltd. Permission, was sought for a two storey 90 bed nursing home with associated car parking, connections to public utilities and all ancillary site works at Bothairin na gCorp.

The 1.0 hectares site is located along South Green Road/Rathdangan Road.

The site is currently used for grazing horses and is described as a prominent site, bounded by Bothairin na gCurp to the north, Friary Road, South Green Road to the west with a section of the site backing onto Priest’s Lane to the east.

Other areas of concern included the lack of communal open space for the inhabitants of the nursing home. There was also a lack of detail in relation to pedestrian connections and movements within the site.

Furthermore as the site is located in the zone of archaeological potential it was deemed possible that ground disturbance associated with the proposed development will impact on any archaeological features or deposits.

There was also insufficient information submitted regarding design details of the entrance and access road, traffic impacts in the area.