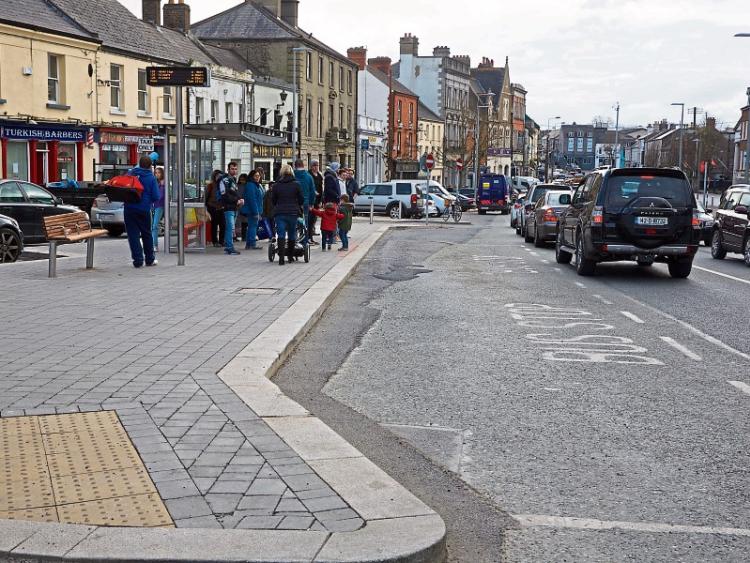 A view of Naas town centre

The last section of the ring road circling Naas is not likely to be completed anytime soon.

This piece of the road will run from the motorway near the “big ball” to a point on the Blessington Road — along a precise route which has yet to be finalised.

When this section is finally constructed it will be possible to by-pass all of Naas from any direction.

However, Kildare County Council has said that no funding is available for this work. During the public consultation phase for the €3m-plus upgrading of the Dublin Road and Poplar Square, several people argued that the ring road should be finished off in advance.

However KCC said that, although it would be desirable to have all transportation links built in advance of the Dublin Road-Poplar Square project, “both are independent schemes”.

It also insists that the cycles lanes and upgraded footpaths will enhance safety. ”The improvements for walking and cycling along Dublin Road are presently needed and do not require the provision of the relief road,” KCC stated.A study conducted by the Central Statistics Office in 2006 indicated that 75% of the working population of Naas travelled to work by car and only 16% on foot or by bicycle. It also indicated that more than half — 54% — of pupils are ferried to primary school in Naas by car. KCC says it seeks to influence travel behaviour by improving public transport facilities and promoting opportunities for alternative transportation.