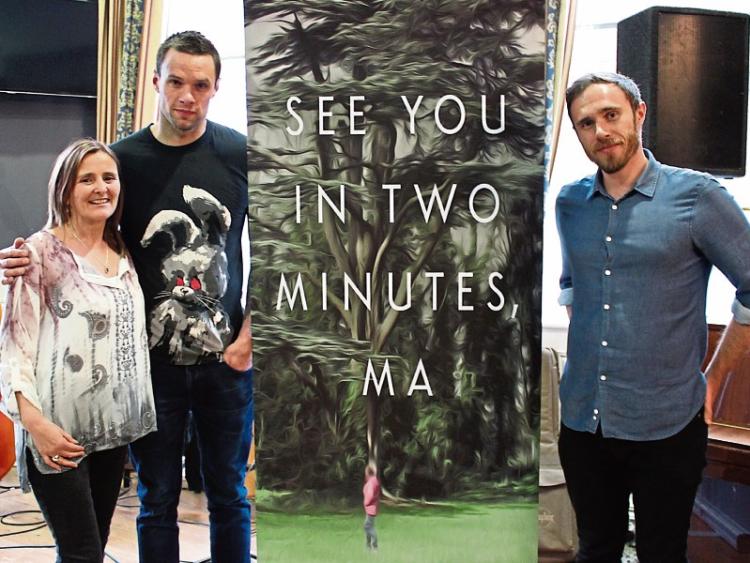 The death of her teenage son to suicide has prompted a Kildare mother to write an account of her personal loss.

'See You in Two Minutes, Ma' is the title of Linda Allen’s inspirational and poignant book, which was launched recently in Dublin’s Central Hotel by musician and mental health campaigner Niall “Bressie” Breslin.

The book echoes the final words spoken by Darragh to his mum before he took his own life on December 9, 2012. The family were living in Rathangan at the time.

Darragh left behind a mother, father, a 3-year-old brother and a 19-year-old sister.

The book begins with a description of the immediate impact of finding Darragh, the deluge of emotions that sweep over his friends and family as they take in the news and the immediate complications of organising a non-Christian funeral.

With the support of local people a beautiful ceremony was held in the community centre in Rathangan — the same venue where Darragh had helped organise the Santa fair. Linda, a therapist who works with individuals and groups in the areas of intuitive counselling, stress resilience training, reiki and cellular healing, lives in Sallins with her partner Derek.

She describes the difficulty of facing the inquest into Darragh’s death and the other bureaucratic obstacles that must be overcome in dealing with such a traumatic event.

The challenges of celebrating his next birthday, the anniversary of his death, Christmas and other traditional family events are described in frank and honest detail.

As Linda begins to regain come composure, her story brwings us to a consideration of the afterlife as she encounters a series of surreal coincidences that force us to consider whether those who have left us are nearer than we think.