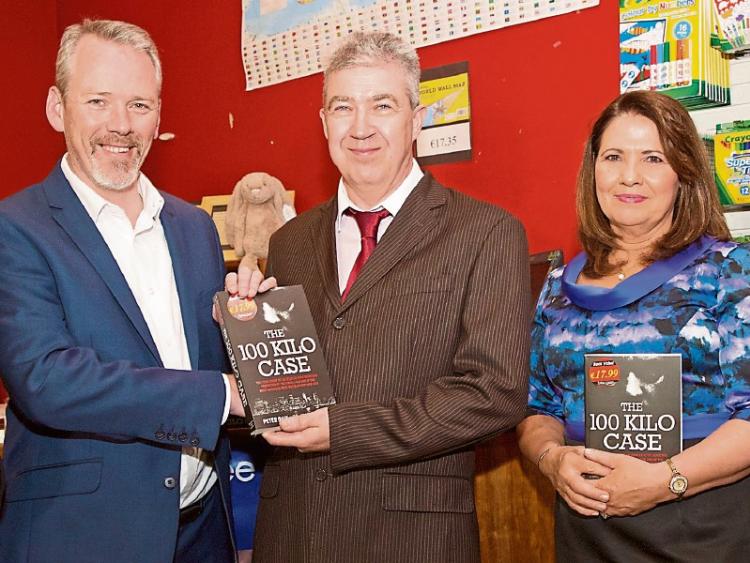 The 100 Kil0 Case is the true story of a New York Police Department detective Peter Daly, a native of Donegal who left for New York in 1952.

After a stint in the US Army he joined the NYPD and was quickly earmarked for promotion to the elite Special Investigating Unit which operated with a large amount of autonomy.

Daly made one of the department’s biggest drugs busts — the seizure of 105 kilos of pure heroin and cocaine; but apparently not quite all of it was surrendered.

Daly was to later serve time in prison with some notorious gangsters. “The book took six years to write and if you like movies and books Serpico, The French Connection, Prince of the City and Goodfellas you need to read this book,” said Mr Durney.

Eamon Dillon of the Sunday World and formerly of the Leader launched the book last week in Barker and Jones bookshop, Naas.