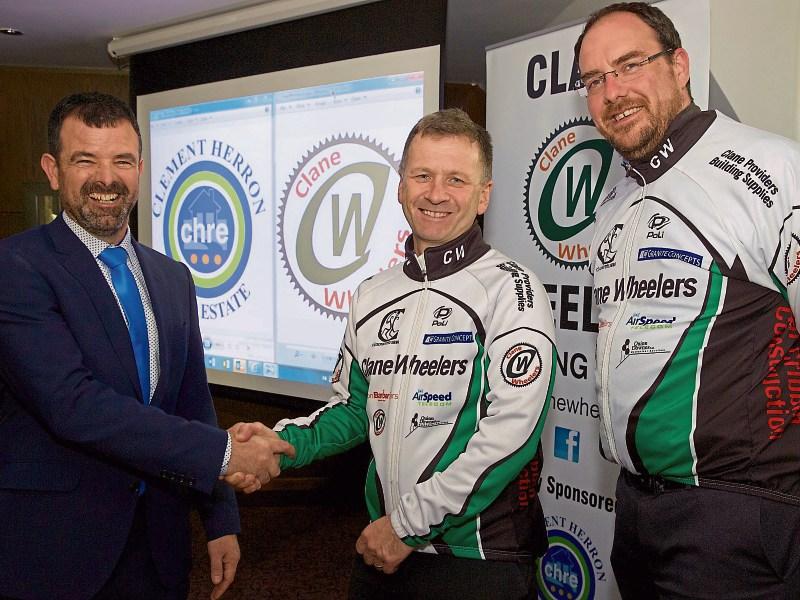 Members of Clane Wheelers cycling club gathered at the Westgrove Hotel recently to launch a big event later this year.

Eight members are taking part in the Race Around Ireland (RAI) charity cycle.

“We also want to use the occasion from a health perspective to encourage teenagers to join the cycling club,” said Louise Casey.

Clement is now based in Clane but has offices in Dublin and Portlaoise.

He his married to local woman, Julie O’Mahony, whose family run O’Mahony Providers.

The Race Around Ireland caters for amateur and professional cyclists. It starts in Trim, Co Meath on August 28 (3pm).

Riders will take in some of the country’s most historic sights including Newgrange, the Causeway Coast, Malin Head, The Cliffs of Moher, The Ring of Kerry, Mizen Head, Wicklow and back to Moynalty, Meath.

Solo riders will spend up to 22 hours on their bikes, while the teams rotate as part of a relay, for 24 hours a day. They only have five days to finish.