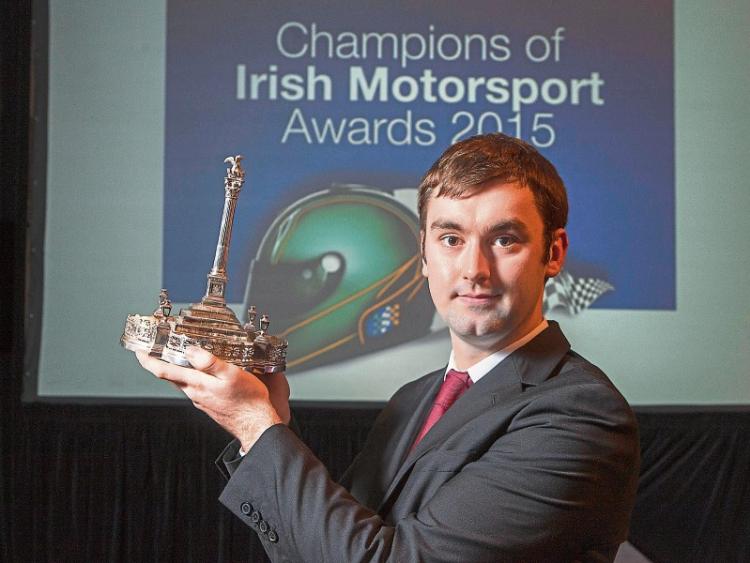 He may be champion on the motor track but that's it.

“I haven't got a single penalty point for speeding,” Jake told the Leader.

He recently took part in the “Safer Roads Exhibition”, in the Punchestown Event Centre.

A mechanical engineering student at Trinity, he is on the verge of completing his studies.

Jake was brought up around cars in, which his father Alan Byrne has been greatly involved.

He has been racing since he was 14.

A former student of King’s Hospital, he has been very busy between studies, motor racing and even part time work.

Would he consider top class Formula One racing? Unlikely. “I am six foot tall so it would be very difficulty from that point of view let alone the money side,” he told the Leader.

Jake has found success in both Ireland and the UK and has plans to a masters in sports motor engineering at Oxford Brookes.

As Motorsport Ireland/Irish Sports Council Young Racing Driver of Year Award 2015, he won a fully funded season in Formula Ford 1600- in both the UK and Ireland.

Declan Keogh, Kildare County Council Road Safety Officer, said having Jake on board as an Ambassador is a huge bonus.