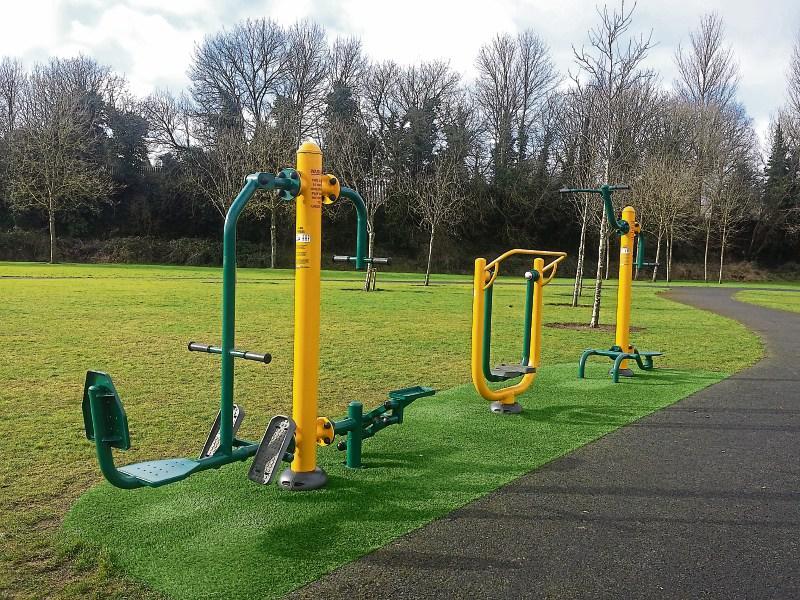 The idea of an outdoor gym for Clane has been publicly discussed and contacts have been made with a Mayo based supplier of equipment.

The idea was suggested after the Community Council sought ideas for the town.

At the Council’s monthly meeting on March 21, chairman, Des Drumm, outlined initial discussions they had with a Mayo-based company, Outfit.

It ha s installed equipment at Liffey Park in Newbridge and spoken to the chairman about the various option the Council might have. It has equipment at Athy, Dunlavin and Lucan and in a Dublin school.

Two key issues are cost and finding a site.

It is believed that an outdoor gym could cost in the region of €10,000 plus.

Mr Drumm said it could be between ten and fifteen thousand or up to €20,000 depending on the options.

Then there is the location. Outfit has suggested that the best option would be a site where the space is relatively small and people would be close together. It is also suggested that the site would not be too much in the public glare and, perhaps, not too near houses.

A number of areas were suggested. One is along the Liffey river. A second is near St Brigid’s Terrace on the Kilcock road and space near SuperValu was suggested. At least one of the locations is on private land and that would involve some sort of agreement with the owner. Work on the project will continue.