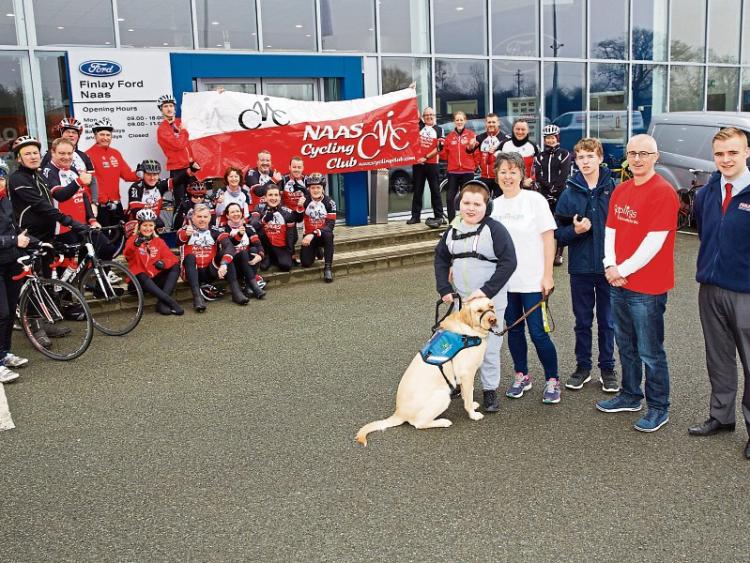 Money raised from a planned cycle organised by Naas cycling club will again be used to provide equipment at the Saplings special School in Kill.

The Tour De Foothills has been pencilled in for Sunday April 10.

NCC has been supporting Saplings through their cycles for eight years now. In the past they have helped to build a sensory room (to help students to relax and self calm), a large indoor trampoline room (so students can still engage in exercise and the self regulation that they learn through bouncing, even in winter) and specialist furniture to help pupils engage in group work and learn new skills.

This year it’s hoped to add an adapted climbing wall feature. It has extra arm holds and longer footholds for students who may find climbing difficult. This has been recommended by occupational therapists because it helps with balance, co-ordination and upper arm strength.

“It will also be a fun activity for many of our students. I believe that we will be the first school in the country to have a climbing wall,” said Saplings principal Louise Caraher.

Saplings was founded in October 2001 and has been committed to the education of children with autistic spectrum disorders since that time.

It was originally established through the energy and commitment of a small group of parents and professionals in the Kildare area. Currently it has 24 students attending our school between the ages of 5 and 18.