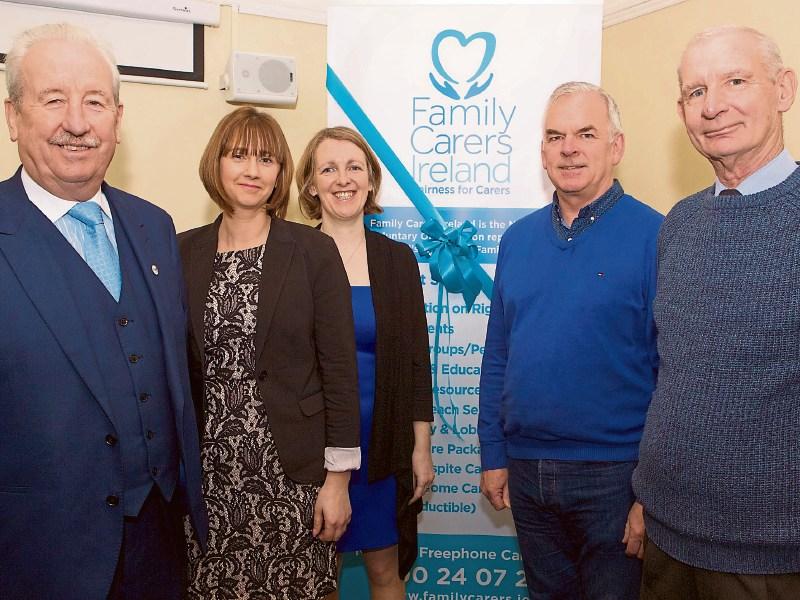 ”When you think of what the government is saving through the work of carers, they need to look after them more and invest more in them,” said Naas carer, Nicky Kavanagh.

“I looked after my mother for 16 years,” said Geraldine, “Because I had health problems, she had to go to a nursing home so the decision was taken out of my hands in the end. She has settled in really well but I still find it very difficult to deal with.

“People don’t realise what the role of a carer involves. It’s a 24 hour job, seven days a week. You have to experience it to appreciate it.”

Margaret’s mother passed away last September and she also praised the role of the Carers organisation in giving support and advice to carers.

She said the merger would bring the expertise of both organisations together and give a unified voice for carers.

Carers receive an allowance of €204 a week and Margaret points they often carry out the same work as a nurse would, including giving medication or injections, turning their loves ones in bed, washing, cleaning and minding them.

“How many carers are here today? Not many because they are at home looking after their loved ones. They can’t get out,” she said.

The carers were urged to voice their concerns to politicians out canvassing for the elections. Deputy Martin Heydon (FG), who arrived at the launch, was questioned by some members.

Kildare/Newbridge MD mayor, Cllr Paddy Kennedy praised all the carers who volunteered so much of their time. He pointed out the new organisation employs 850 respite staff and has extended its hours from five days to seven days a week. €16,500 is spent on respite services in Kildare with a total of 2,595 carers in county Kildare. The Befriending project, which involves volunteers going out to meet with those being cared for, has been rolled out in Kildare as a pilot project.

The carers hold a support group meeting the first Thursday of every month at Newbridge library at 11am.