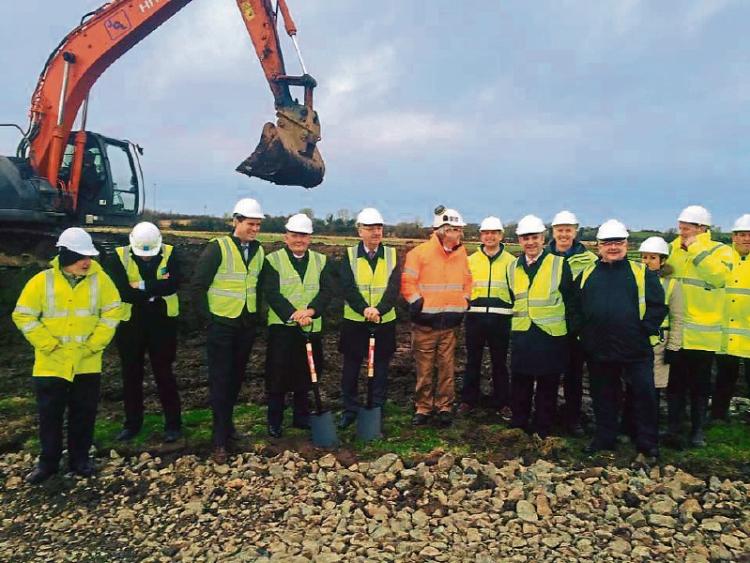 The €2.7 million upgrade works to the sewerage scheme in Kildare town is scheduled to be completed within 12 months.

The works will initially involve site clearance with construction work due to commence in the coming months.

Kildare South TD Deputy Sean O Fearghail said the upgrade represents a further step in the continued delivery of improvements to the Wastewater Network in Kildare Town following the delivery of the Wastewater Treatment Plant in 2012 which has a capacity of 28,000 population equivalent.

“The works contract comprises the construction of wastewater pumping stations at Dunmurry Road, Nurney Road an Curragh Road, 1,800 metres of gravity mains and 1,400 metres of rising mains. “The works will be on the public road and off road,” he said.

The sod was turned on Monday, January 27 while the clearance works began on January 11. According to the council and Irish Water the project includes the construction of three new pumping stations; approximately 3.2km of new sewers and water mains to intergrate with the existing foul sewers.

The upgrade was described as a means to provide for future population growth and the economic development of Kildare town.

It will align the capacity of the foul sewer network with that of the wastewater treatment plant to increase capacity.