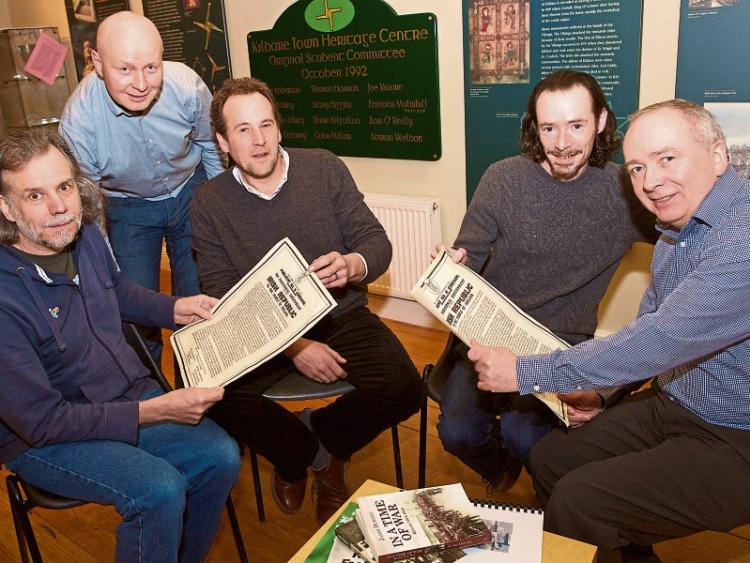 An open meeting was held last Tuesday night in the Heritage Centre to discuss plans for the upcoming 1916 commemorations.

The meeting was organised to see what people might want in the town for 1916 and outline some of the events taking place to mark the 100th anniversary of the 1916 Easter Rising.

However there was only a small turnout on the night.

According to organiser Mario Corrigan, despite the low numbers, the meeting was very positive and a number of ideas were discussed and put forward.

“The local walking tours might sponsor a photographic exhibition of Kildare in 2016,”said Mario.

“The best picture of Kildare in 2016 will win and all the images will be kept to depict what the town looked like in 50 years from now for the 150th anniversay.”

A possible fun run was put forward by the Round Towers GAA club and the Athletic club.

“The clubs are discussing a 4km run and a family fun day that will be held on Easter Sunday,” he added.

“The big focus for the town will be the unveiling of the commemorative garden on Easter Sunday, March 27 at 1pm. On the day the Kildare Town 1916 commemorative garden, featuring the 1916 Proclamation and seven limestone pillars, representing the seven signatories will be unveiled in the Kildare town playground. Other plans for the town include a mural painting, a history book and a pageant.