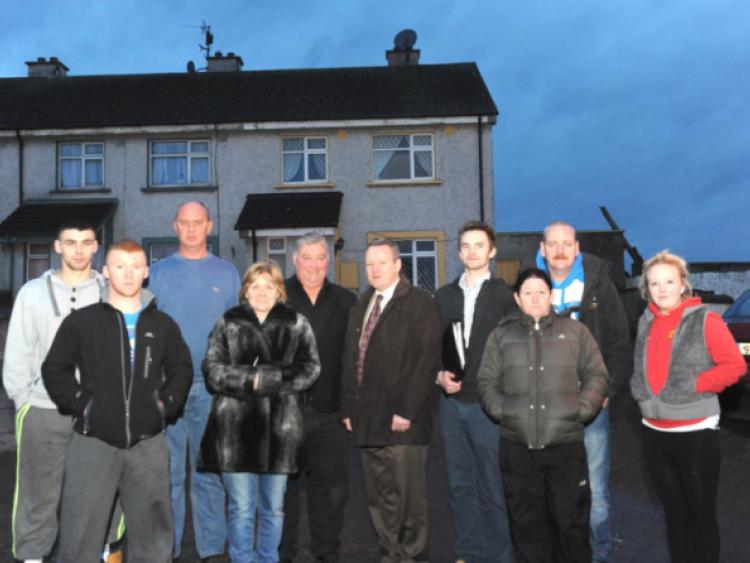 A motion to call a halt to the regeneration of a badly designed Rathangan housing estate in light of the housing crisis was not passed at this month’s Kildare Municipal District meeting.

A motion to call a halt to the regeneration of a badly designed Rathangan housing estate in light of the housing crisis was not passed at this month’s Kildare Municipal District meeting.

Plans for remedial works at St Patricks Park, Rathangan include the demolition of 44 houses to be replaced with 22 new homes as part of €9.4m redevelopment for the estate over ten to 12 years.

The motion was raised Cllr Mark Lynch who called for the introduction of families back into vacant homes. Cllr Fiona Mc Loughlin Healy said that she drove around the estate and there was “discontent” around regeneration and the time constraints. “The longer it goes on the less the support from residents,” she said.

In response Peter Minnock from Kildare County Council said that “what was needed was a drive around St Patrick’s Park in 1974 and not this week”.

“The design never worked for the estate,” he added. “It was an imported design. That this was a big project that took four years to get funding. There are a few people trying to unfold the problem. We are not just building houses, we are rebuilding a fractious community.”

The meeting heard that to abandon the project now would mean the worst possible outcome for the residents and for the town.

Members were told that with €2m already spent to date, and it would be a waste of both financial and human resources invested over the past five years, while funds allocated for the project would be quickly reallocated elsewhere to either Dublin or Limerick.

Cllr Lynch said that he disagreed adding that this was a “Celtic Tiger proposal and solution” to bulldoze over these houses. “Kildare County Council ran people out of that estate and boarded houses up and ran it into disruption. It would get 200 people off the housing list and into houses today.” Cllr Suzanne Doyle, in response, said that prior to this issue “we couldn’t get people into this estate”.

“Maybe now but that train has left the station,” she said.