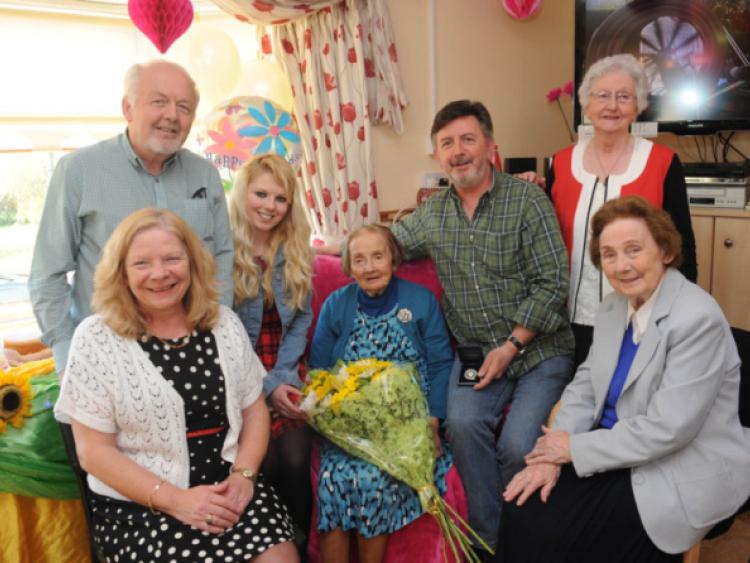 President Higgins sent her a special medal in recognition of this momentous milestone.

Lucy was born in Ballintogher. Herself and her twin sister, Nuncie were the eldest of a family of 13. She went to London as a teeager to become a nurse where she worked before coming back to Ireland. After World War 2, she traveled to New York where she nursed for eight years. While there, she met her future husband, who was a vet. They came back to Ireland, got married and settled in Dublin. She has a son Oliver and a grand daughter, Emily. Nuncie and Lucy celibrated their 99th birthday together, but sadly her sister passed away a few months later. Lucy has just one remaining sister alive, Una. Another sister, Nora died a few weeks ago.