What's On column: It's worth sticking with Conversations with Friends 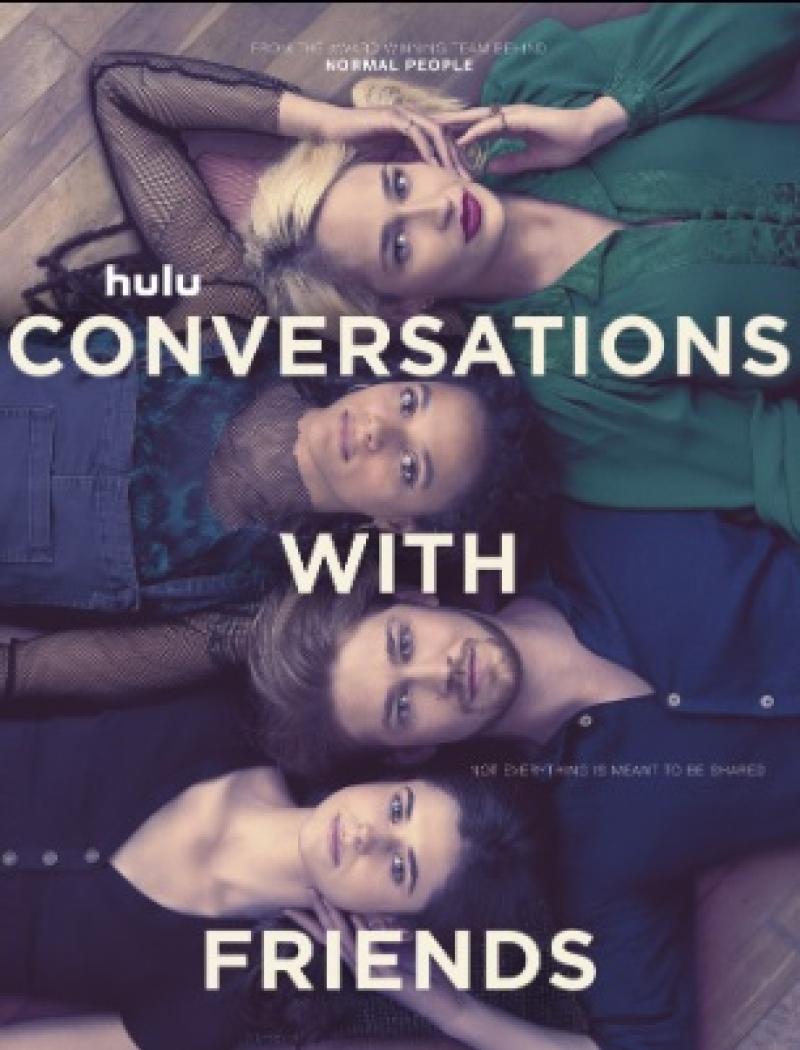 Few of us will forget the cultural ‘moment’ that Lenny Abrahamson’s adaptation of Normal People created. There we all were, confined to quarters during lockdown. We watched, spellbound, as Kildare native Paul Mescal did what no advertising campaign ever could for O’Neill’s shorts, and Daisy Edgar-Jones pulled off one of the most convincing Irish accents ever achieved on screen by a British actor (the pair also both put in really great performances, to be fair).

It’s never easy following up such a level of success. Abrahamson’s most recent adaptation of Sally Rooney’s Conversations With Friends is a case in point. This TV series has received mixed reviews from critics. Most of the complaints have been levelled at its slow and ponderous dialogue and plot. Viewers could be forgiven for, at times, wanting to break through the fourth wall and tell the characters to hurry up and finish their sentences.

This series plods along at a more modest pace than Normal People and it does lack some of the fix of adolescent adrenalin provided by the former. The section of the audience who switched off for this reason, though, were entirely missing the point.

If you were one of the few who managed to hang on until the 12th and final episode, it is strikingly obvious that this series, and the book it is based on, is to be viewed as an essential piece of the broader story arc that Rooney has crafted.

Conversations With Friends is actually quite an evocative piece which will have resonance for those who have lived through some of the rites of passage depicted in it. Anyone who has had the experience of moving to the ‘big smoke’, and living in a bedsit while attending college or work, will struggle not to feel at least a bit of nostalgia as they watch the story develop.

Also, anyone with vivid memories of falling in and out of love, of making and losing friends at a formative time in their lives will no doubt empathise with the travails of the main characters.

The plot centres around Frances (Alison Oliver) and Bobbi (Sasha Lane). The two are an inseparable pair who once dated and now are best friends, but not romantically involved.

At an open-mic night, they take to the stage and are noticed by author Melissa. The storyline becomes increasingly fraught and the characters’ lives are immutably linked when Frances realises that she is falling for Melissa’s glamorous husband Nick.

Slowly, over the course of the 12 episodes, we follow the peaks and troughs of the passions and affairs of the main characters.

Parallels can be drawn between Rooney’s novels and Edna O’Brien’s Country Girls trilogy. O’Brien’s books were written almost 60 years before Rooney’s and are still very readable today. O’Brien went behind the twitching curtains and Sunday-best suits, to expose what was really going on in the Ireland she grew up in.

Rooney’s work is in a similar vein, albeit reimagined for the Instagram generation.

Conversations With Friends may have passed a lot of us by and it certainly hasn’t had the cultural impact of Normal People. It’s entirely likely that Rooney’s latest novel Beautiful World, Where Are You will, in the course of time, be made into a TV series itself.

Rooney’s trilogy of books complement each other nicely. Just like O’Brien’s Country Girls novels did in their day, her work goes some way towards probing what it is to be young and finding your way in contemporary Ireland.

Both of Abrahamson’s adaptations of her work can currently be viewed on the RTÉ Player.