Permeability is the future of Kildare's transport revolution 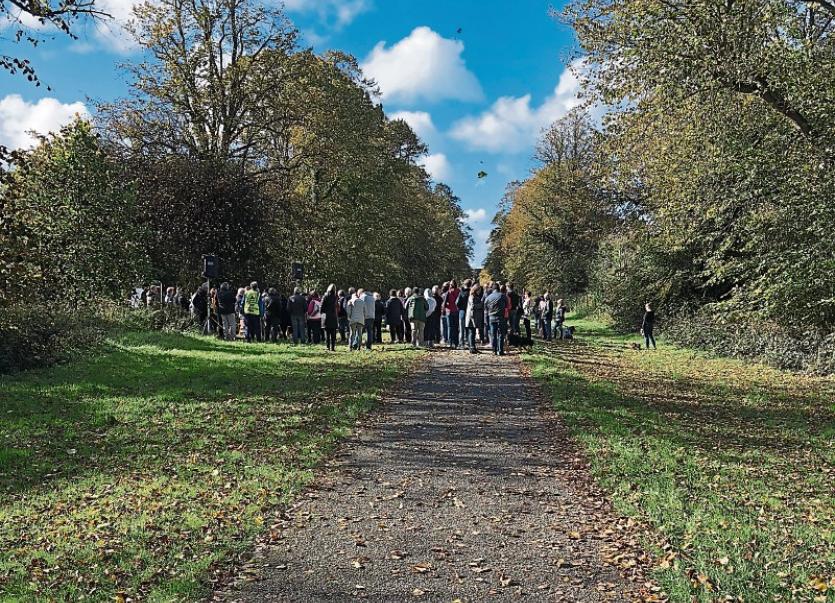 The latest buzzword floating around cycling commuting is permeability and it’s a particularly interesting one in the Irish context.

Permeability is this idea that our towns, villages, housing, industrial or retail estates will have numerous ways in and out of them. It’s closely aligned to the idea of desire paths, which essentially are the pathways that people create when they’re taking a shortcut. Like, in a park or a green bit of a housing estate you’ll have the concreted pathways around or across and then you’ll see an informal dirt path worn away by people taking a shortcut.

The thing about introducing cycling infrastructure into a car-centric environment is that roads for cars are not necessarily the quickest way to get from A to B. Consider one of those new sprawling housing estates where you have to drive around in what appears to be circles and double back on yourself to find the last house, by number, in the estate.

I know of at least one housing estate (I’m sure there are many) where the last house, numerically  is actually right beside the entrance to the estate, separated by a hedge and a low wall.

The notion of permeability  means that a person who is walking or on a bike could access that house by going to it more directly, without having to walk half a kilometre around an estate to access a house 10 metres away.

Permeability would involve numerous desire paths throughout an estate, with shortcuts between streets.

Now that I think about it, permeability feeds into something that I’ve believed for some time, which is that we need to divorce cycling infrastructure from existing car infrastructure in our thinking as much as in reality.

If we keep trying to have cars and bikes side by side, then inevitably there will be clashes and the potential for chaos.

Simply because bikes are smaller and far more maneuverable than cars, there is no requirement to make them follow the same path — they are perfect for shortcuts.

I have never believed, for instance, that we need to install cycling lanes up the main street of any town or village. There is usually always a far shorter way of getting from A to B in most places.

The  Monread area of Naas, I have always thought, was particularly ripe for a pilot scheme for good cycling infrastructure. For those who don’t know it, there are numerous small estates, all either feeding via pathways into a park, or feeding into roads that run alongside it.

Local residents know that the quickest way to visit a neighbour in an adjoining estate is to follow the paths across the park rather that following the formal, official, exit like the cars.

In Manchester, Chris Boardman (former Olympian, Yellow Jersey and Hour record holder) is in charge of creating Beelines throughout the city, or cycling paths that follow the shortest way from A to B.

They're taking the sensible decision to determine the Beelines by asking the public for their input. Not only will the public  be more knowledgeable about the shortest way, but by asking them, they’re guaranteeing buy-in from them.

And £500 million has been pledged to do it. Yup, you read that right. Half a billion sterling.

The Guardian reports that Boardman is  “absolutely unapologetic” that his plans would take space away from cars and could make motor journeys slower.

“We’ve given way too much priority to the vociferous minority,” he said.

Coincidentally, the hullabaloo over Carton Avenue in Maynooth (where locals are objecting to a pathway from a housing estate) is an indication of  difficulties with permeability.