Throwback Thursday: Kildare politicians discuss men over 21, and 'some women', getting the vote!

From the Leinster Leader's 1918 archives 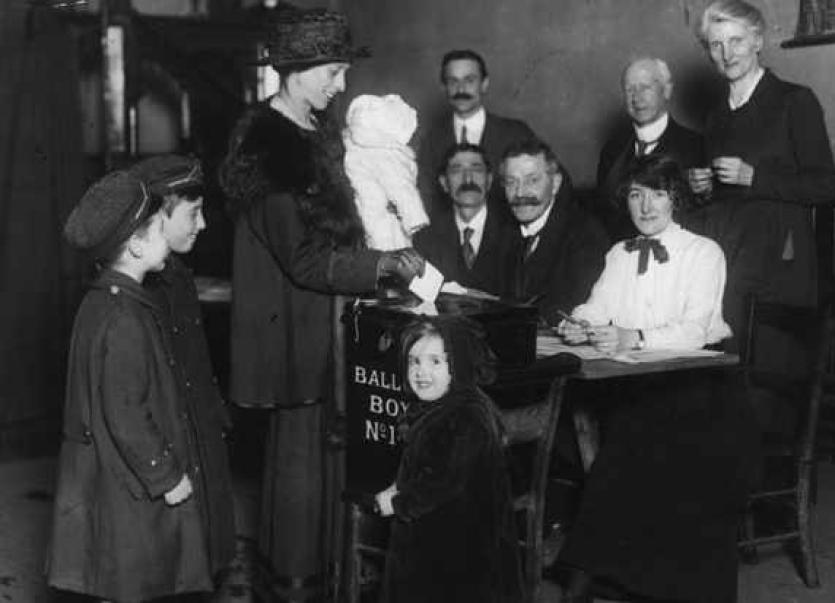 Women voting for the first time in 1918

At the weekly general meeting of the Naas Sean Connolly Branch Sinn Fein on Monday night, matters of importance in relation to organisation were discussed, the Leinster Leader reported on May 11, 1918.

Some new members were admitted and a discussion took place with reference to the new franchise forms and the urgent necessity and importance of having these forms properly filled up and returned by Tuesday next, and upon this being done depends whether all who are entitled to a local government and parliamentary vote shall be registered as such, and so able to exercise the franchise.

It is hardly necessary to emphasise the desirability of every man being in apposition to play his part in the strenuous time ahead of us when elections will decide the course of our national reconstruction.

Every adult male who has reached the age of 21 years, married people and women of 30 with condition as to property are entitled to the vote and should see to it that they get it, the paper reported. The Representation of the People Act 1918 extended the franchise across Britain and Ireland to millions more men and women than those who could previously vote.