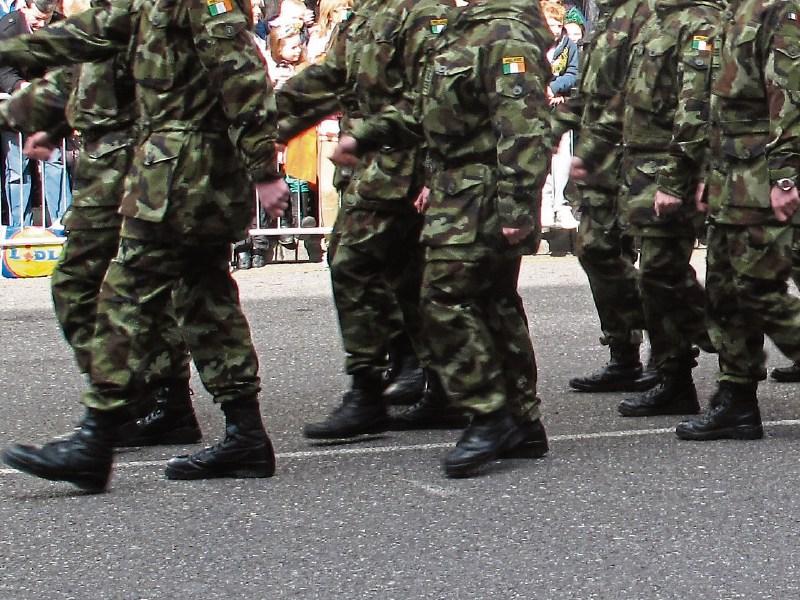 The Wives & Partners of the Defence Forces (WPDF) is continuing its campaign to demand better pay and conditions for members of the forces.

“In March 2018, it was reported that the Defence Forces is a new entry in ‘Ireland's Best Place to Work List’ and interestingly takes sixth spot on the list. WPDF believe this to be extraordinary news in light of the challenges faced by Defence Force families on a daily basis to make ends meet,” said the group.

“It (Irelands Best Place to Work list) also completely disputes the recent extensive workplace climate study conducted by academics Dr Juliet Mac Mahon and Dr Sarah Mac Curtain from the University of Limerick. In this report, Members of the Defence Forces described an organisation that is now in crisis, coping with poor pay, declining training standards and ever more people seeking to leave.”

The group said it is almost a year since WPDF shared ‘Sandra’s Story’ which highlighted the dreadful challenges faced by one Defence Force family.

“Today, there are no improvements and we continue to receive similar calls for assistance. On the 2 April we received this email from a Defence Force member and it certainly does not suggest that his employer i.e. the Department of Defence is worthy of being on any ‘best place to work list’. WPDF questions whether ‘fake news’ has infected the Department of Defence.”

Here is his story:

‘I went on my first overseas and on return bought a house with my wife before the end of the boom so I paid about a 100k too much. What choice did I have? In 2010 after the birth of my first child, my wife lost her job and the army's wages were cut and the struggle began. We have a second child now.

“We are flat broke but happy. Well I put up the pretence of happy. I live a short 26 mile round trip from barracks. There isn't enough money to keep my car on the road of a Tuesday so I walk the 13 miles to barracks in the rain, sleet or snow praying to God no one sees me and if they do I bluff that it's for a training programme. Most Tuesdays I can scrape the €3.85 for the bus home.

“I hide in the barracks during the lunch for fear of being seen and asked ‘are you going for a roll’ or whatever. I have the wife convinced that I have the lunch in the dining hall and I work really hard not to let her see the strain I feel under as I'm ashamed of myself. Ashamed of what me and thousands more of my comrades are going through.

“I genuinely lie awake at night doing sums in my head getting anxious at the thought of bills, food, shopping, and mortgage. Every penny I have is gone more or less by Thursday and I’m finding it very difficult to find a reason to keep going.

“The frightening thoughts that go through my head. The €160,000 from Ganbo if something ‘happened’ to me. The mortgage protection paying off the mortgage. My wife and kids being debt free. I would never do anything as drastic as committing suicide or anything but all these thoughts that go through our heads while under this pressure has and will continue to push us to the point of no return’.”

WPDF asks; “does this really sound like it is one of the best places to work?”

“This continues to be a scandal of epic proportions and we feel the true details are not realised. How can our elected representatives justify the low wages and ever increasing living costs with zero chances of getting a fair wage? How can an employer be on the ‘best list’ when they pay wages so low that employees struggle to live from week to week?,” it asks.

WPDF said the Defence Forces recruited 750 people last year, but during the year up to 700 experienced members left.

It said members are then left waiting months and months to receive payments for these duties, only then to be taxed highly on this payment.

“To date no action has been identified to rectify or indeed taken to remedy our concerns and as a result Defence Force Families continue to live in poverty,” it said.

SEE ALSO: Kildare Relay for Life sends out urgent call for more teams to sign up