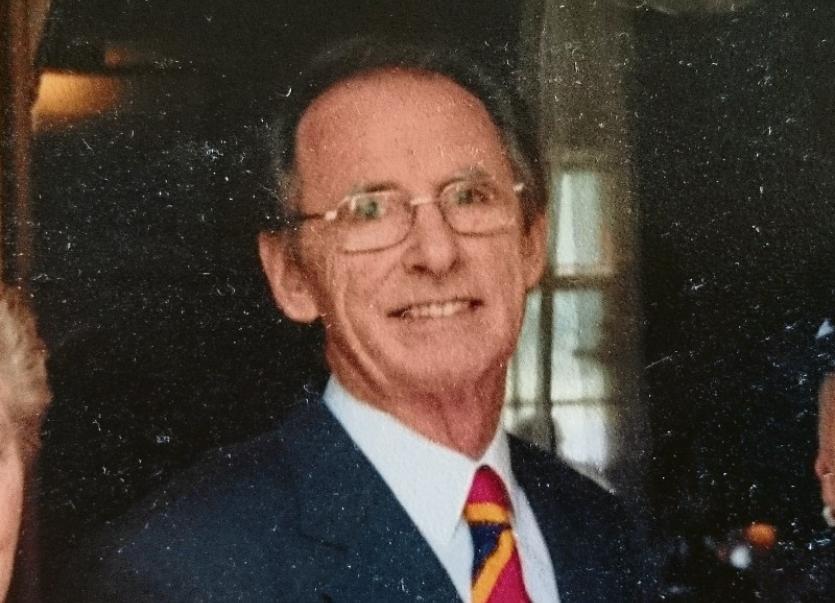 Family and friends of the late Pat Timmons recall a witty, intelligent, talented and engaging man who loved Kildare football, horseracing painting and the arts.

Although living in Tyrone for many years, Pat still cherished strong links to the Lilywhite county and returned home regularly. There was great sadness at the Newbridge man's passing on July 8, but great praise for the way he courageously fought his illness.

Born in Kilkenny in February 1936, Pat's family moved back to Kildare when he was very young. His father, Stephen, hailed from Mullacash, Two Mile House, and the Timmons spent a short time there before moving to No 7 Liffey View. His mother, Alice was a native of Kilkenny.

Pat came from a family of eight and is survived by his sisters Mary and Kathleen, who both live in Newbridge, and his brother Peter, who resides near Slough in the UK. Joe, Frank, John and Joan have sadly passed away.

Receiving his education from the Patrician Brothers, Pat showed an impressive ability in sketching and drawing, despite never experiencing any formal training.

His father, Stephen fought in France during World War 1 and later became an activist in Ireland's War of Independence. He then became a drill instructor in the Irish Army before serving as a Labour councillor in Newbridge.

Taking up a management position at Irish Ropes, many of his family later went on to secure employment there, including Pat.

Pat went on to play for Kildare in the 1950s and came on as a sub in the 1958 National League Final.

He was a dedicated Sarsfields footballer, along with his brothers.

With many people emigrating at that time, Pat took the boat to England where he worked as an apprentice electrician.

He continued to play football in London and enjoyed the cultural life of the city, attending theatrical performances and jazz clubs, such as the renowned Ronnie Scott's club in Soho.

On the GAA field, he played alongside Toss McCarthy (Moorefield) and Tommy Buckley (Sarsfields) at St. Mary's, helping the club secure the London Championship title in 1957.

They beat St. Monica's by 3-4 to 6 points. Playing left half back, a local newspaper report remarked on his terrific performance noting “this young player must be well in the running for county honours next season”.

Pat also loved horseracing and was a great boxer in his youth, fighting in the juvenile championship in Kilcullen.

In the mid sixties, he came back to Ireland to work for an electrical company in Derry. Living in Strabane, he became involved with the Lifford Players as a set designer and lighting director on many award winning productions.

A move to Omagh beckoned when he became an officer for the Western Education and Library Board.

Working in oils, acrylics and water colours, he was always in demand to produce portraits. He taught many art lessons over the years and passed on his love of painting to many students.

In 2002, he became the first chairman of Omagh Plain Speaking Community Arts Group and designed many sets for pantomimes and musicals.

A member of the Gallows Hill Choir and the local Men's Shed group, he always gave one hundred per cent commitment to any project he undertook.

A lifelong supporter of Sarsfields, he used to text his nephew Kevin Timmons every Monday to get the football results.

Diagnosed with cancer 13 years ago, Pat never gave up, and fought his illness with great dignity and determination. He is survived by his wife Anne, sons Dominic and Nick and step-daughter Gayle.