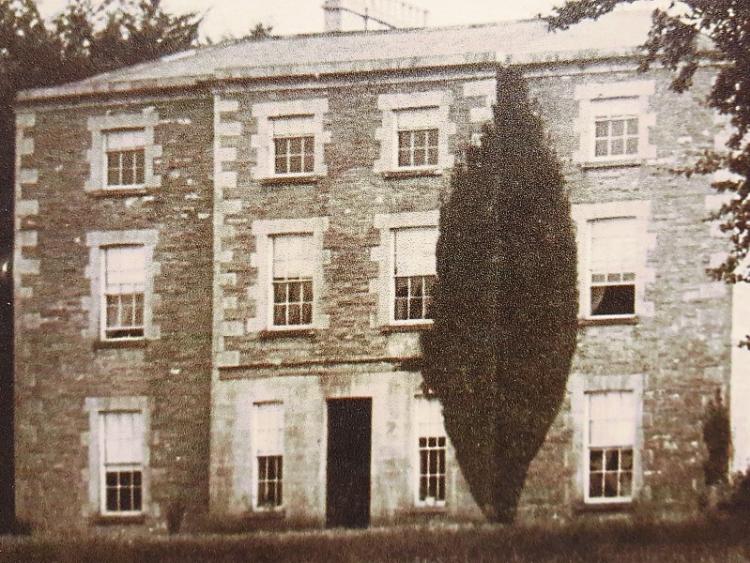 The sometimes tense relationship between tenants and the owners of large houses in Kildare in the 19th and early 20th centuries was highlighted in a recent talk by NUI Maynooth historian, Dr Ciaran Reilly.

The talk focussed on the Tyrrell family at Ballindoolin House.

Records of many of the big country houses are now kept at Castletown House in Celbridge where the talk was given.

He estimated there were around 40 “big houses” in county Kildare but said numbers can change.

Around 2,700 of those who lived in big country houses or 20% of those who went to that war from that group were killed.

The story of William Upton Tyrrell, know as Willie, a member of the family which owned Ballindoolin House, near the Kildare/Offaly border, was highlighted.

His father was a land agent in Offaly and Kildare in the late 1880s, which was to cause difficulties.

Willie was only one of many who went to the so -called Great War.

Three hundred people from Edenderry had enlisted in the British Army by 1916.

At the outset, the prospect of war had seemed glamorous, but family indicates Willie was “frustrated” by long periods of stalemate.

He was one of the lucky ones who survived the Somme battle but he lost friends, including that of Edward Mather, whose death had a “profound effect” on the Tyrrell family.

In 1916, word of the Rising reached Ballindoolin House the following day.

In the trenches in France, Willie was angry with the rebels and read about it being crushed in French newspapers.

In 1918, Willie transferred from the army to the Royal Air Force, where he photographed and flew at a rate of 55 miles per hour in what were then pioneering aircraft.

He shot several “Huns” behind enemy lines and commented that “shooting Germans was very like shooting snipe at Ballindoolin.”

He used the camera to take other shots and sent them home to family.

In the 1919-1921, Willie’s war record was part of the grievance towards the family and several instances of shots being fired at Ballindoolin House took place.