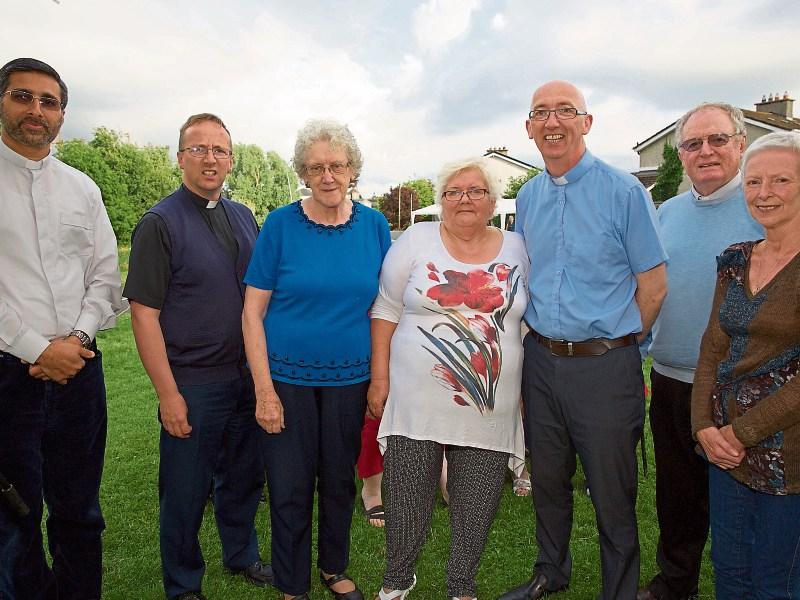 The weather held up reasonably well for the annual Sarto area mass which took place recently in Naas.

The mass is an annual event which is celebrated in the area, which includes Sarto Park and Sarto Road.

It a unique out of doors event and among the celebrants this year was the recently appointed new parish priest Fr Liam Morgan, who replaced Fr John Brickley.

The event was also attended by residents from nearby Pacelli Road as well as Our Lady's Place.

The mass takes place every year and has attracted attendances of up to 300.

Open air masses have been celebrated in the area for many years but these ceased for a few years before being revived in 2014 for a mass celebrated by former curate in Naas, Fr Jimmy Doyle. This ceremony in 2014 was the first of its kind in the area for about a decade.

On that occasion some €1,400 was raised for St. Brigid's Hospice on the Curragh.

The mass also doubles as a social event for one of the oldest communities in the Naas area.